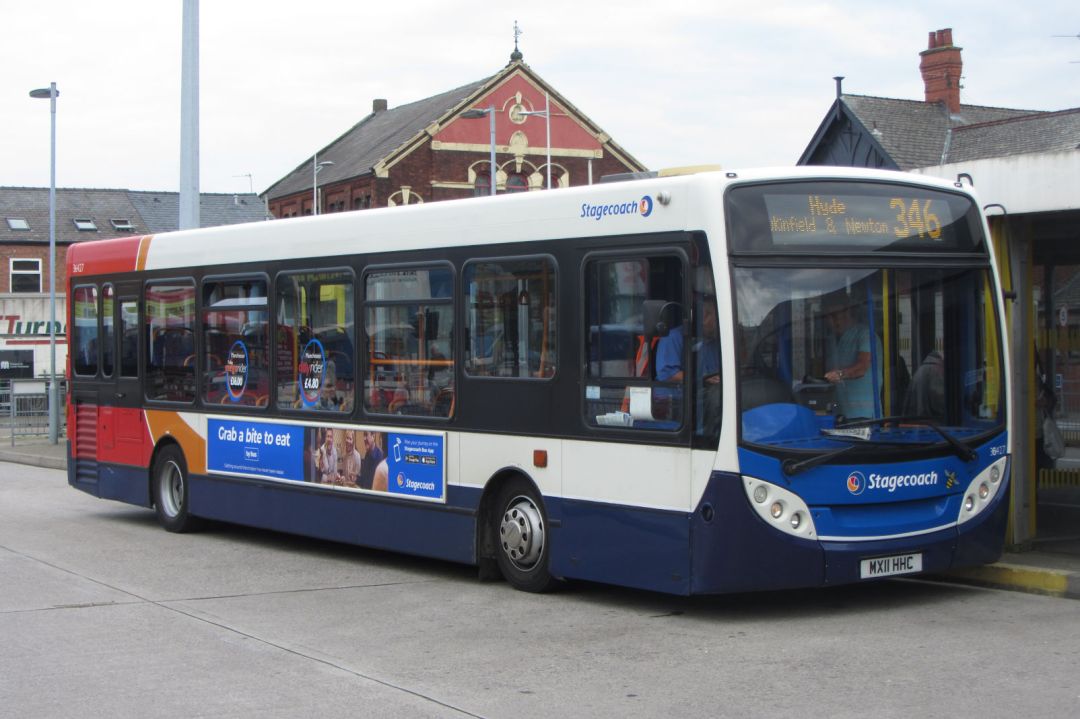 As is the norm for the January set of changes, the first set of bus service changes of 2020 is a sedate affair. If you live in Stalybridge or Ashton-under-Lyne, only two routes are subject to minimal service changes. If you live in Hyde and fancy a trip to the intu Trafford Centre – or Chorlton-cum-Hardy, there is one change that doesn’t make for good reading.

Last year, we reported on the withdrawal of the 168 route to Chorlton Bus Station (a year after the demise of the 169 route to Southern Cemetery). In its place was two routes. One was a new 230 route from Ashton-under-Lyne to Piccadilly Gardens, complementing the 231 via Littlemoss and Moorside. The second route, maintaining an important link with East Manchester as well as South Manchester, was the 150.

Covering the same area as the 168 did from Gorton to Chorlton, it takes in part of the 23A route from Chorlton to the intu Trafford Centre. From Gorton to Hyde, it adds another two buses per hour, complementing the 201 route. After 7pm, plus Sundays and Bank Holidays, it provides an hourly service.

From the 26 January 2020, this will no longer be the case east of Gorton TESCO. Due to previous roadworks affecting the route – and the forthcoming road widening works on Hyde Road – the route’s new terminus will be Gorton instead of Hyde Bus Station.

As for bus routes from Tameside to the intu Trafford Centre, a case of third time unlucky. Previous attempts by First Pennine (the 600 from Hey Farm to the Trafford Centre via Denton) and UK North have been unsuccessful. As falling patronage on the 168 was behind last year’s withdrawal, how did that compare with present loadings on the 150? One wonders if maintaining the 168 and the 169 routes would have been a better option.

Perhaps we should chew on this crossword clue: Sergeant Takes Leave (3,3). Or we could bite the bullet and say there is no call for bus routes from Tameside to the intu Trafford Centre because it takes forever. Chances are that most Tameside folk go to Dumplington’s ersatz Italianette cathedral of shopping by car. Come Spring 2020, the tram will be a viable alternative once the Pomona to intu Trafford Centre line opens.

Other changes affecting Tameside’s bus passengers are the usual tweaks and retimings. For the second set of changes in a row, this will affect the 389 route.

On the 350, there will be changes to AM peak journeys and an afternoon journey. The 0651 from Greenfield to Ashton-under-Lyne will begin at Hey Farm Estate at 0701. The 0711 journey from Hey Farm will be extended to Oldham, departing from Mumps Bridge at 0630. Therefore, FirstGroup’s scenic way to Ashton will call at Carrcote [Friarmere Drive] for 0648, Uppermill [Commercial Hotel] for 0659 and Greenfield for 0704.

The 1429 journey to Ashton-under-Lyne will depart at 1423. Being as this journey gets caught in the school day traffic, additional running time has been added to improve punctuality.

Only one change in Glossop, and this affects the 237 route. An additional evening journey will be added from Glossop to Stalybridge [Armentieres Square] departing at 1938. This has been added by Stagecoach Greater Manchester as a positioning journey to minimise dead time between Glossop town centre and their Ashton depot.

This weekday journey (Fridays excepted) will also operate on Saturdays at the same time. On Sundays and Bank Holidays, its departure time will be 1919. During the weekdays, the 1938 journey is a little too close for comfort for MCT Travel’s 1943 journey, the first of ten TfGM tendered journeys.

The next set of changes (19 April 2020) will affect the borough’s tendered services and what is proposed may be a mix of the Bad, the Ugly, and the Quite Good. One set of changes will see the incorporation of four routes into one route. A change of route in Lees and Springhead is proposed for daytime journeys of the 343 service. We could be seeing the severance of a direct bus link from Hattersley to Stalybridge, cutting Stalybridge’s daytime links with Hyde from four per hour to once an hour in less than a year.

A month before the April changes, we shall find out about the outcome of the Doing Buses Differently consultation. Will the Free Trade Experiment continue, or will we go for a franchised network? Will it be a partnership or an ambitious partnership? All will be revealed on this blog in due course.