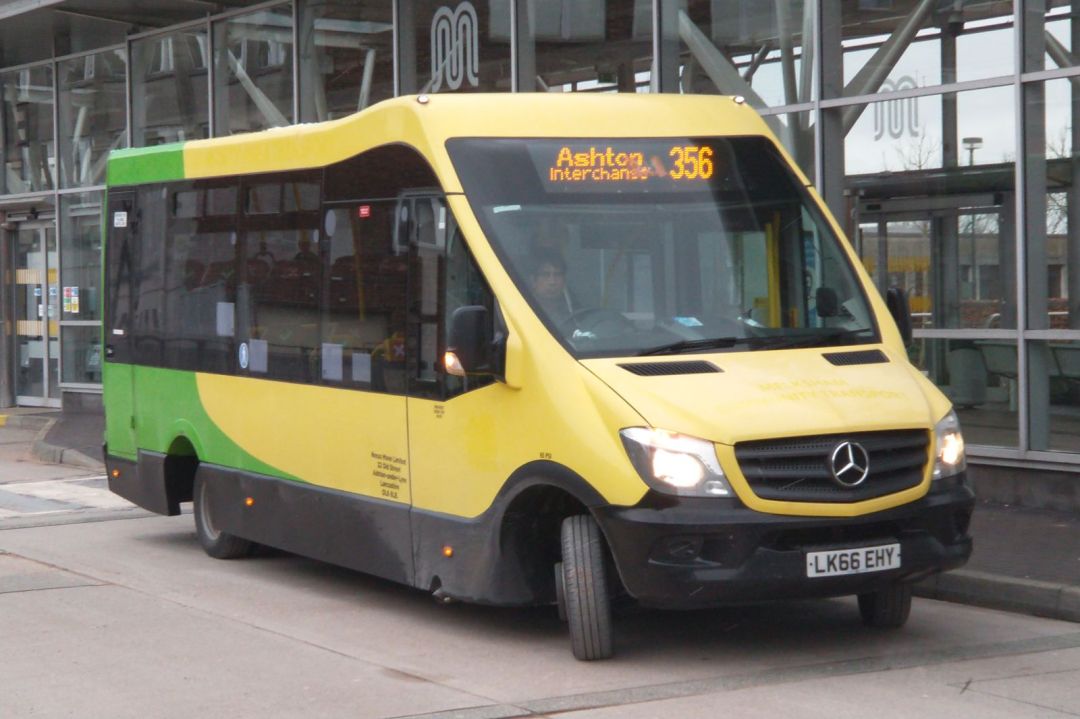 Why Will Greater Manchester’s Buses Be Yellow and Black?

The significance of Transport for Greater Manchester’s chosen colour scheme

Once upon a time, you could tell a city or town bus by its colour scheme. Bury’s were in a lighter green than Stalybridge, Hyde, Mossley and Dukinfield Transport Board. Oldham meant maroon and cream, later Devon Cream and Pommard. As for London’s buses, you couldn’t imagine seeing them in blue instead of red.

For many children of the 1970s and 1980s, Greater Manchester meant orange and white buses. Or the later Jaffa Cake version of its iconic livery, with the brown skirt and white roof.

Being one of these Children of the 1980s, I was slightly disappointed to with TfGM’s livery choice. I so wanted it to be in the white, orange and brown of Greater Manchester Transport. Even the last, more subtle version of the GM Buses livery before the Tories’ Shotgun Divorce.

Firstly, nostalgia played a part in my response. Secondly, I always associated yellow buses with School Buses, and thought yellow and black would be too similar to those on TfGM’s Yellow School Bus services. Thirdly, I expected some older passengers to think “too Manchester-centric”, ignoring the wishes of each borough’s residents. On a similar level, there’s the Ashton/Bury/Altrincham/Manchester/London Gets Everything argument, which is outside the premise of this piece.

Why yellow and black?

The most obvious reference point is Manchester’s Coat of Arms. Due to its industrious nature, the bee was adopted as Manchester’s emblem (“The original M-Blem??” – Ed) over 150 years ago. From the Manchester City Council website, it is a registered trade mark which means every Tony, Dave and Umberto needs to seek permission (via the Intellectual Property Office).

Equally famous is its use in The Haçienda club posters and stationery. As Tony (also Alan, Peter and Martin) would have had to ask the IPO for its use, Peter Saville – and Factory Communications – settled for the yellow and black anyway. Inspiration came from the hazard strips you see in factories – which also happened to be yellow and black as well as red and white.

In the last fifty years, yellow and black became the colours of choice for Boddington’s Brewery (Lord rest its soul and that well in Strangeways!) and the Manchester Evening News. The latter, with its masthead set to black Helvetica Bold text, before going over to Antique Olive and today’s present serif typeface.

From a transport point of view, it creates a uniform image with Greater Manchester’s Metrolink system. This has had a yellow livery since 2009. Also the Bee Bikes, which have adopted the yellow and black.

I have a lot of love for Ken Hollick’s M-Blem and the application of his style by Ken Mortimer. A part of me yearns for the return of orange and white on TfGM’s bus stations and bus stops.

In reality, there is actually too much contrast or too little contrast with some of Greater Manchester Transport’s signage. From GMT’s 1982 Design Manual, its default style for displaying text on display boards was black Helvetica on a white background. Also orange for the stand letters.

With the orange text on white, too little contrast for the letters, hence its limited use to stand letters, and the M-blem on bus station signs (with black text on white signage). For people with dyslexia or scotopic sensitivity disorder, the white background can be too dazzling – and this is apparent on digital displays.

Hence also the slightly desaturated yellow and dark grey lettering on Metrolink signage. In many cases, black text on a yellow background works well for people with visual impairments. Especially colour blindness. It is also why you see yellow and black on warning signs.

Thanks to bus deregulation, this argument no longer washes with many of today’s bus passengers. The dominance of FirstGroup, Stagecoach and Arriva has meant the same Olympia/Beach Ball/Cow Horn liveries across the UK. Whereas Stagecoach has recently changed its standard liveries, FirstGroup has gone for route branding with a slight nod to pre-PTE/pre-National Bus Company operations.

The original reason for using Sunglow Orange and Mancunian White was its neutrality: that it didn’t endorse the most dominant part of SELNEC PTE. Like the aims of the 1968 Transport Act, TfGM’s proposed livery will make the buses more user-friendly. That alongside an easier to understand fares structure.

Is yellow and black the way to go? Should they have stuck to the white, orange and brown of 1981? Feel free to comment.

5 thoughts on “Why Will Greater Manchester’s Buses Be Yellow and Black?”