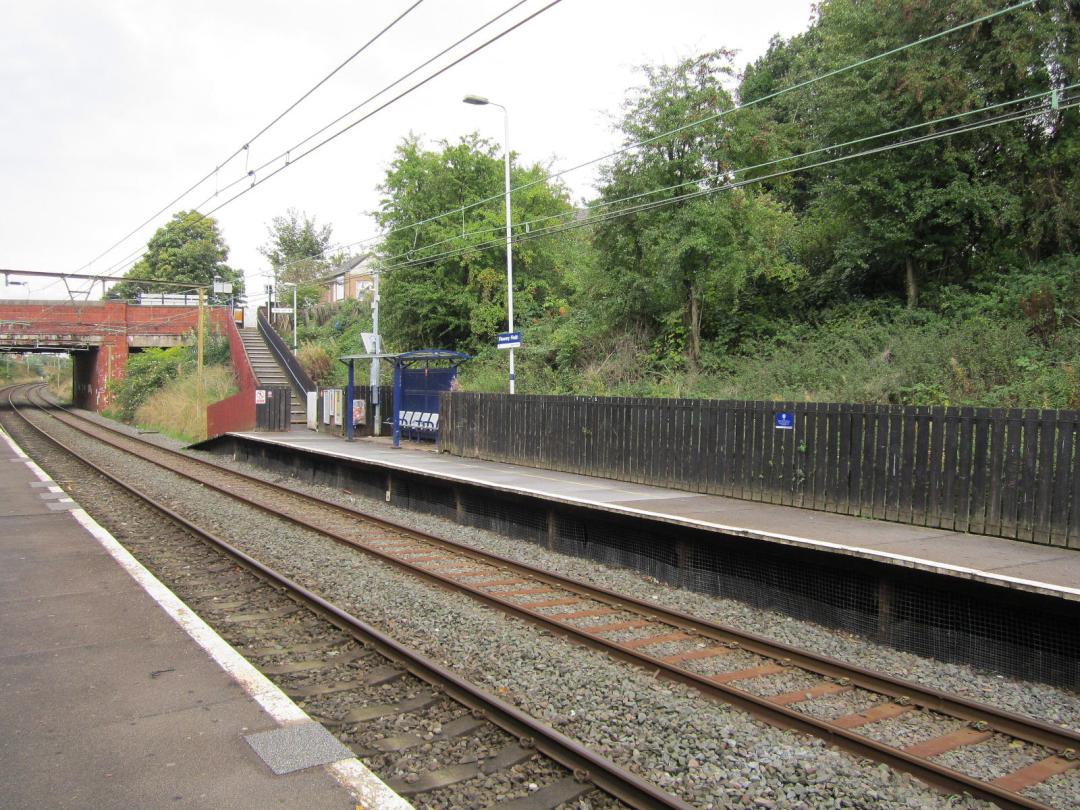 We Need to Talk About Flowery Field Station

Is Flowery Field railway station really as bad as the reviews make it out to be?

“Name does not reflect the dump”

According to a Manchester Evening News article on Flowery Field station, it is the worst rated railway station in Greater Manchester. It says how the station has 1.7 stars out of 5 stars on Google Maps’ review section. Since the article was published, the station now has 2.6 stars out of 5 with a few more favourable reviews rushing to its defence. One of the most articulate five star reviews is:

“Better than Gorton and most other stops on the line.“

Gorton and Ashburys have a rating of 3 stars. There are higher ratings for Fairfield, and all other stations after Flowery Field. Ardwick has a 2.7 star rating. Today, East of the M60 can reveal that Greater Manchester’s lowest ranked railway station on Google Maps’ review function is Clifton.

Situated on the main line from Salford to Bolton, it only has a few peak hour trains. At one time it was Clifton Junction, and an important junction with the East Lancashire Railway trains to Radcliffe and Bury. The station has a rating of 2.3 stars out of 5 stars with the paucity of trains and run down nature its chief complaints. One reviewer says:

“Rundown station with only one train a day in either direction. Hardly a train station unless you want to watch passing trains.”

“A very dreary and lonely station, in a lot of disrepair. The shelter is falling apart, the paint is peeling off and the seating is pretty unstable, the platform also needs some weeding.”

In its second paragraph, he cites how it was once an important station. What Clifton station did have in common with Flowery Field was its style of shelters. At one point, both stations had the rounded cuboid Glasdon Olympic fibre glass shelters which screamed ‘1985’ and a lack of permanence.

The lowest ranked staffed station in Greater Manchester is Daisy Hill. Unlike Flowery Field, Clifton and Ardwick stations, it has off-street car parking though no lifts. A lot of the negative reviews were three years ago – shortly after its use as Bolton’s main railway station – during the electrification works of the Bolton line. The most scathing review is this one:

“Desk women is up her own, very rude and didn’t help someone who didn’t know where she was going! Disgusting and a disgrace!”

“Flowery Field, in terms of train frequencies, is one of the better stations in Tameside”

From a smattering of Google reviews, we could say that many of the negative reviews were directed towards the state of the stations, the friendliness of the staff, or the lack of trains.

Flowery Field, in terms of train frequencies, is one of the better stations in Tameside. There are two trains per hour compared with Ashton-under-Lyne’s hourly frequency (though Ashton does have Metrolink trams). On most Sundays, Flowery Field has hourly trains (Ashton for some reason has had bus replacement services on most Sundays since 2016 – engineering works or not).

Of the railway stations in Hyde it may lack the level access due to its stepped ramps, but it is less of a slog to approach the platforms than at Godley, Hyde North, Hyde Central and Newton stations. The most accessible station in Hyde is Hattersley, the third newest railway station in Tameside, which opened in 1978. Due to its roadside location off Bennett Street, it the best station for a seamless connection from taxi/bus/car to train.

Flowery Field’s seamless connections with local buses would be further improved by synchronising the 343 timetable with the train times. Ideally with Hyde-bound 343s arriving five minutes before the Manchester trains, and Oldham-bound 343s arriving five minutes after the Glossop trains. (Furthermore, there is also a case for reinstating the 343’s evening journeys and the 389’s link between Dukinfield and Hyde via Lodge Lane).

Where there is genuine need for improvement is the issue of ramped access. Recently, the Mayor of Greater Manchester Andy Burnham set an ultimatum to Network Rail over the lack of disabled access in our City Region’s railway stations. Of Greater Manchester’s railway stations, only 52% of the 92 stations are fully accessible. Almost on a par with Scotland, though a great many of the country’s stations are in exposed locations like Loch Eil Outward Bound, Attadale and Georgemas Junction.

If nothing is done by Network Rail by 2025, Transport for Greater Manchester – under the auspices of the Mayor of Greater Manchester – could take over all of the City Region’s railway stations. In Tameside, only three of the borough’s railway stations are fully accessible. These are Guide Bridge, Stalybridge, and Ashton-under-Lyne. Improving the overall accessibility of Flowery Field and the borough’s other stations will be life-changing.

Back in 1985, things were different on the railways. Low floor buses were the stuff of science fiction novels; full access for wheelchair users was a pipe dream outside of stations on the InterCity network. We used to put wheelchair users in the guard’s van, and many of our lines would have closed by then if The Serpell Report was fully implemented.

Shortly before the abolition of Greater Manchester County Council, GMPTE opened a few low-cost railway stations inside its conurbation. With economy the watchword, this meant little or no accessibility for wheelchair users; also prefabricated shelters, wooden platforms, and a limited design life. Most importantly they were built in residential areas, which made walking or cycling a better option than driving to the station. In many cases, close to important bus routes.

Flowery Field, as I remember it shortly after opening, looked swish. Even with the rumbling of secondhand Class 303s which seemed ‘revolutionary’ to my six-year-old eyes. The painted wood seemed amazing compared with what I had seen before – even with the duo of Glasdon Olympic shelters.

By 1997, its wooden platforms were extended to allow for the operation of Class 323 EMUs. Before then, Class 304 slam-door units replaced the push-button Class 303s. Even with the platform extensions, the station started to look tired. This was starting to show by the 2010s as Flowery Field was a heavily vandalised halt at that. The wooden fencing was scuffed; previous attempts at adding ticket machines had been scuppered by vandalism.

Most of the positive changes to Flowery Field station have happened in the last fifteen years. Especially the addition of real time information displays, improved shelters, steel fencing and lighting. Today, the station looks brighter and – despite everything that the local numpties seem to throw at it, physically and spiritually – probably that bit better at night time thanks to CCTV. Dramatic improvements to local bus services, vandal-proof ticket machines and proper disabled access would improve the attractiveness of Flowery Field station even more.

Despite its shortcomings, Flowery Field station is Hyde’s most used railway station. Before the pandemic it was used by 253,000 passengers a year. During the pandemic, 66,500 passengers – and still the most used railway station in Hyde. Unlike the second most used station in Hyde further down the line (Newton for Hyde) and Hattersley, there is no ticket office. Perhaps making Flowery Field a staffed station (even part time) with concrete platforms and proper disabled access wouldn’t be a bad call at all.

For now, Flowery Field isn’t the kind of station where you would spend longer than ten minutes. Not only at 8pm but also at 8am. It is a metro-style stop where you would arrive about five minutes before the train arrives, or leave the station as soon as you get off the train. Perhaps it’s the setting, the lack of worthwhile views or licensed premises on any of the platforms, or the fear of local numpties. As it is Hyde’s busiest railway station, GMPTE and GMC did get something right.

2 thoughts on “We Need to Talk About Flowery Field Station”