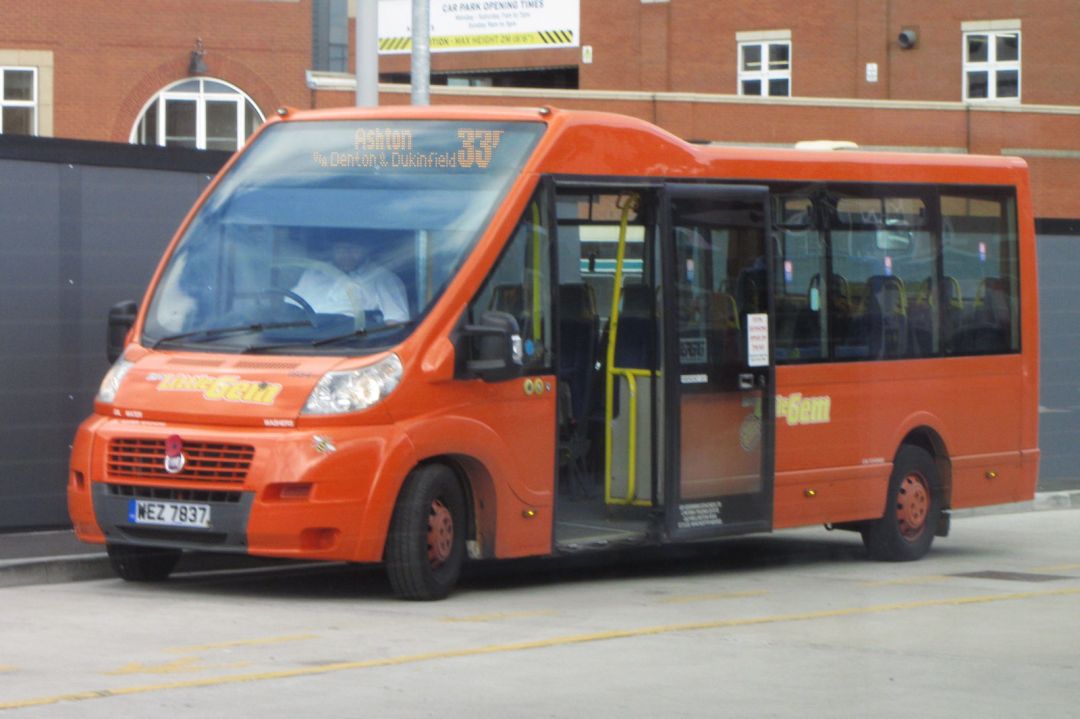 What are the signs of Beat The Bus Syndrome?

Whether you take the 192 to work or the 216 to Town, you expect the bus to get you from A to B as trouble free as possible. Stopping every so often on a busy route is inevitable as several other passengers fancy going the same way. Loadings vary according to the time of day, which is why journeys are faster in less busy periods.

Whether driving the vehicle or sat down as a paying passenger, there are several things that can throw the timetable off kilter. One could be traffic light cycles not playing ball with the working timetable and the passenger timetable. Another could be temporary traffic lights: at best they are a necessary evil; at worst, they introduce younger passengers to the joys of waiting several mind-numbing minutes for things (getting them ready for dinner queues and airport check-in desks).

Why is Beat The Bus Syndrome prevalent?

There are two possible examples, both of which in fictitious and non-fictitious guises. In the former, we could turn to Reverend Wilbert Awdry’s legendary Railway Series of books. Particularly the Thomas and Bertie story.

As the Island of Sodor is the preserve of Thomas, Percy, Gordon, Henry, James, Edward, Toby and Co., the motor bus couldn’t be seen to beat The Fat Controller’s rolling stock. This plot device reinforces the message that travelling everywhere is faster by rail. In the end, Bertie the bus said he enjoyed his race but couldn’t do it again, as passengers weren’t happy with the bumpy ride. Even in the 1950s, fictitious passengers on fictitious islands couldn’t be doing with bad driving techniques.

Fast forwarding our way to non-fictitious situations (ten years later), we were led to believe that motorways were the future. Instead of steam engines, motorway express coaches and private motoring were the most with-it trends. A future of Thunderbirds-style motorway service area towers inspired The Reshaping of British Railways. Twenty-five years on from Dr. Beeching’s infamous report, private motoring usurped public transport as Britain’s Favourite Mode of Choice.

Despite claims of bus deregulation cutting prices and improving standards, Nicholas Ridley’s peers thought bus passengers over 30 were losers in lie and didn’t fit the Thatcher Government’s individualist narrative. The bus was seem as inferior, and this was reinforced by less compassionate motorists. At the start of the first lockdown, travelling by bus was seen as dangerous by our present government, and passengers were encourage to cut their journeys or drive more. This message proved to be more effective than under Thatcher’s government in its second term of office, which is why bus patronage outside London has yet to reach 2019 levels.

The DSM-V1 Criteria for Beat The Bus Syndrome

With individualism comes Beat The Bus Syndrome in its personal context which has traits in the following areas:

In the institutionalised context of Beat The Bus Syndrome, this could mean:

A personal perspective of Beat The Bus Syndrome

In my years as a bus passenger, I have seen the following traits of Beat The Bus Syndrome such as:

What else would you say should be added to the DSM-V1 criteria for Beat The Bus Syndrome? Have you identified any other traits, whether the Individualised or Institutionalised forms? Are you a bus user that has seen this first hand? Feel free to comment.

For the purpose of this article, DSM stands for Dodgy Steering Method.

One thought on “Beat The Bus Syndrome: A DSM Criteria”