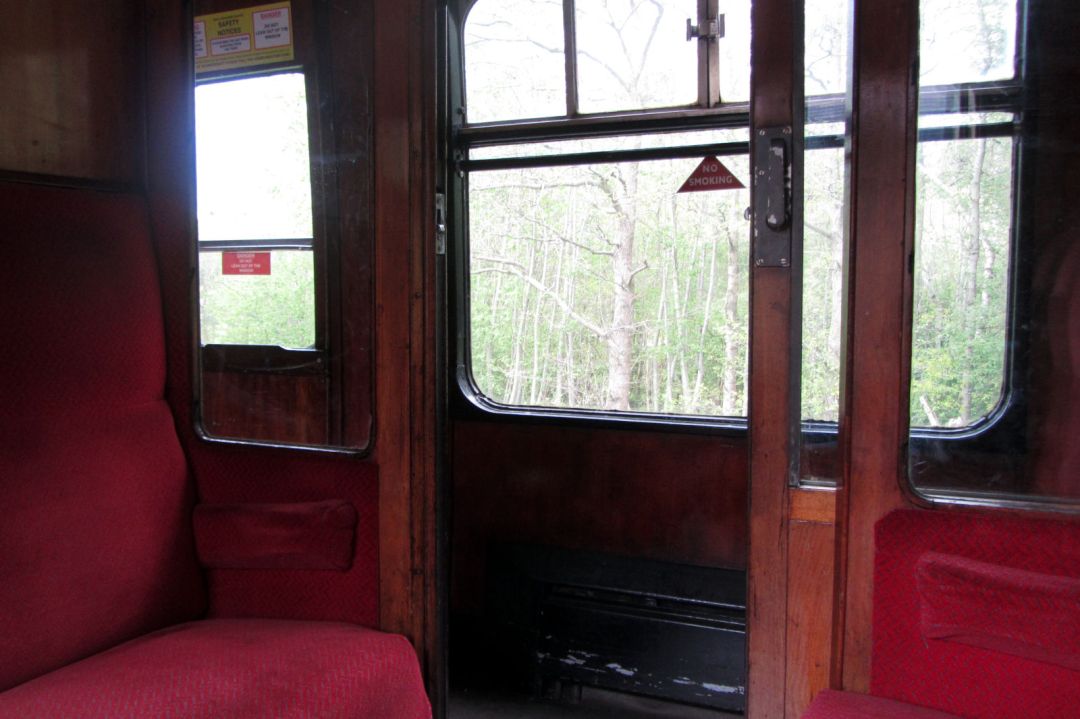 When are the Last Trains to London?

What we have here is a quote from the great folk singer, Peggy Seeger. There is a ‘music of being’ that you get with trains that somehow gets lost in translation on other modes. It could be the rhythm you get off traditional rail that you don’t get with continuously welded rail. It is also about the package of rail travel – its stations, rolling stock, romance and efficiency.

This is why Rick Davies (Supertramp), Jeff Lynne (ELO) and Chris Rea wrote about trains instead of the 53 to Belle Vue. Genesis’ Duke’s Travels would lack the same feel if its rhythm was inspired by the Hazelhurst Circular instead of a long distance train journey.

Using two songs as our source material, we ask ourselves three questions:

If you are familiar with Supertramp’s Crime of the Century LP, the track that follows Dreamer is Rudy. In its middle eight there is sampled speech of a train announcer at London Paddington station. He says:

“Passengers for Radley, change at Didcot.”

At Supertramp’s concerts they used to accompany this song with footage of London to Brighton in Five Minutes. This part kicks in after the train announcer said “change at Didcot” and suits the exchange between Rick Davies and Roger Hodgson. At later gigs, much to Roger Hodgson’s displeasure following an agreement they made after his departure, Mark Hart did Roger’s bit.

Going back to the original question, is there still a 1945 train to Bristol Temple Meads?

Not any more. The nearest train to that one, 47 years on, is Great Western Railway’s 1932 journey. It calls at all the same stops as its 1974 equivalent and takes 93 minutes to complete the journey. This time with Class 800 bi-mode trains instead of loco-hauled Mark I carriages with a diesel hydraulic locomotive at the front. The next one is at 2002 – again, calling at the same stops – and using the same bi-mode trains. That uses platform 5.

This leads us to the second question, can passengers for Radley change at Didcot?

Under the present timetable, alighting your 1932 train at Didcot Parkway for 2011 means a 27 minute wait for the next train to Radley. To add insult to injury, the previous train to Radley (Great Western Railway’s 2010 service to Oxford) departs a minute after the Bristol Temple Meads train. With the 2040 journey to Bristol Temple Meads, there is still a fair wait till the next train to Radley: 25 minutes for the 2105 to Oxford. If Google Maps is anything to go by at this time of writing, The Bowyer Arms by Radley station is temporarily closed.

Back in 1997, there was a tight one-minute connection time between Great Western Trains’ InterCity service to Bristol Temple Meads and the Radley train. The nine-minute journey left Didcot Parkway at 2023, arriving at 2032. In 1997, that journey was covered by Thames Trains, a franchise that was later absorbed by the First Great Western one as Great Western Link. Apart from its troubled history with the Southall crash which occurred the same year, it was spun off as a westerly profit sector of British Rail’s Network Southeast sector.

One other major difference on 1974 is that Didcot station is now known as Didcot Parkway. Reading station has enjoyed substantial redevelopment in those 47 years since Crime of the Century was recorded at Trident Studios.

Here’s the bit you’ve been waiting for… the Last Trains to London from a random assortment of mainline stations across our Great British Railways.

The last train from Birmingham New Street begins at Edinburgh Waverley as the 1852 journey via the West Coast Main Line. It arrives at Euston for 0113 the following day.

The last train from Birmingham Snow Hill gets to Marylebone for 2312 – double the journey time of the Avanti West Coast counterpart.

Nicely timed for the return leg of an early evening trip if you live in Greater London or Surrey.

10pm to the capital: not too shabby, better than many bus routes across the UK as well.

For the capital of Wales, not very good. A change of train at Bristol Temple Meads might not be a bad call.

A nice time for the last London train. Also the one that leaves Edinburgh Waverley at 1852.

Not bad at all, considering that the last London trains leave just under an hour earlier from Leeds and 27 minutes earlier from Manchester Piccadilly stations.

Unless you are fine with the Lowland Sleeper train, the last train to London Euston is pretty early though gets you in to London for 1ish.

If it weren’t for Hull Trains, Kingston-upon-Hull would have had better direct links with Rotterdam than London. Surely there’s a case for another two or three trains with a departure before 10pm.

Another early departure, which isn’t particularly good for a city with nearly 750,000 people.

A late departure that puts a few last bus times to shame in its immediate locality and other parts of the UK.

Best filed under Must Try Harder with its early curfew. Not so good if you have connections to fulfil with Irish or Manx ferries or flights at Liverpool Airport (via Liverpool South Parkway).

For a city which is seen as the Second City to London (or the First City in front of London), the time of its last train to the capital is laughable. Birmingham’s last train to London leaves Wigan North Western at 2129 – fourteen minutes later than Manchester’s last train to Euston.

Early but Kings Cross for midnight isn’t too bad. This train starts life as the 1830 from Edinburgh Waverley.

Not too shabby, arriving in the capital for midnight.

Early departure for day passengers, unless you wish to board the Night Riviera sleeper train that begins at Penzance.

Puts Manchester, Leeds, Liverpool and York to shame with a later last train than those four iconic cities.

Not too bad, considering it started life as the 2115 from Manchester Piccadilly.

Fairly early but Kings Cross for midnight isn’t too bad. This train starts life as the 1830 from Edinburgh Waverley.

Perhaps Jeff Lynne set his song 42 years ahead of the May 2021 timetable changes. Maybe ‘one of those nights’ could have been the romance of a journey from Southport to Wigan Wallgate with a walk between the stations (via The Swan and Railway on Wallgate). Just a shame those romantic views didn’t come from the cab of a Class 105 Cravens DMU, which would have been the case in 1979.

2 thoughts on “When are the Last Trains to London?”