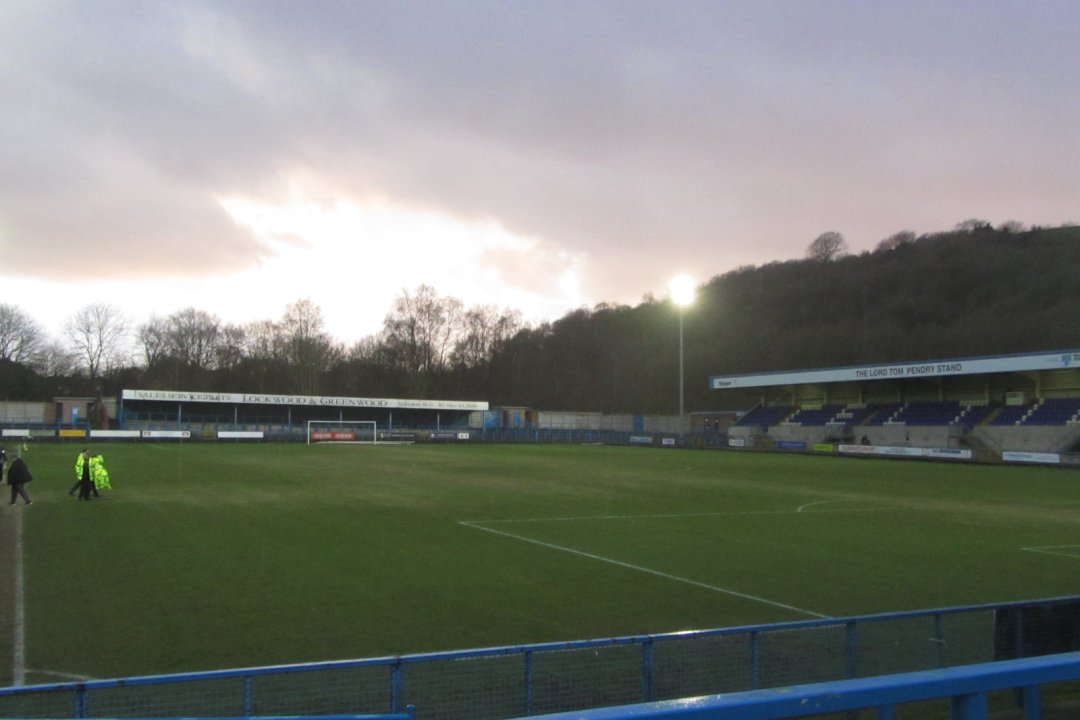 Not only a coffee table book for groundhoppers; a must for any football fan

At this moment in time, you may be missing your football fix if you often go out to see your favourite team. Due to the lockdown, only Elite League football teams (National Leagues North and South upwards) can continue their season. In what is now known as The Trident Leagues (Northern Premier, Southern and Isthmian leagues), league football has been suspended till further notice. Likewise with its regional feeder leagues.

With a new-look Celtic side and the league season resuming, I was looking forward to getting back on trains and seeing the ‘Bridge home and away. Then the second wave of the pandemic scuppered this brief return to near-normality, and the traditional ‘Bridge/Hyde Boxing Day derby didn’t happen.

Should normality return to our football leagues, Mike Bayly’s book (British Football’s Greatest Grounds) could be a useful travel guide. For the time being, it a fantastic coffee table book which should keep us longing for Tuesday nights at Bower Fold. Or late summer Saturdays at Seel Park with a pint near the Park End. League grounds and non-league grounds are covered in Bayly’s book with all 290 of its pages in full colour.

In addition to the book’s Top 100 grounds, there is a countdown of the Top Six Ghost Grounds. These are football grounds that have recently closed or have lain derelict for some time. One example is the York Street ground, Boston United’s atmospheric former home.

The Tameside and High Peak areas are well-represented in Bayly’s book with five grounds. Surrey Street (70), Glossop North End’s home, is quoted as being “a Mount Olympus football location” due to the low cloud. Hurst Cross (45), where Ashton United play their home games, is quoted as being “a ground that reflects the age and constraints of a well-run community-centric club operating on a limited budget”. As one visitor says in Hurst Cross’ entry, “If Coronation Street had a club, it would be at Hurst Cross”.

On screen, Bower Fold (27) has appeared in Coronation Street as the home ground of Weatherfield County before ITV opted for Gigg Lane. It is referred to as “that rarest of things: a traditional non-league ground geared for the Football League”. One that saw Football League competition in the Third Division North – almost a century ago. Much is made about its hillside location in an affluent part of Stalybridge and the friendliness.

Stalybridge Celtic’s home can claim bragging rights over the Ibrox Stadium and Celtic Park, which finished in 84th and 50th places respectively. At Number 22 is Silverlands, Buxton FC’s home. Much is made about its height – 1,035 feet above sea level. Apart from being the highest senior football ground in England, it also has the highest all-weather pitch at senior level.

The highest placed football ground in our locality is Seel Park (18). Mossley AFC’s home is referred to as “football’s equivalent of a log cabin in the hills”. It also states how the walk “from the railway station to ground is exhaustingly steep” – especially if you walk up Old Brow. (Walking through Mossley Park and Whitehall is also a test for anybody with average fitness).

When normality resumes, we recommend calling in The Commercial for one, then taking the 350 or 356 up to Top Mossley. The 343 is your best bet for The Britannia Inn and the railway station. (Please note that bus routes may be subject to change by then).

A worthy reference for the average football fan

Bayly’s book is clearly written for the average football fan. Not the kind of fan whom in pre-pandemic times would have gone out of their way to see an Athenian League fixture, because of it being another ground to their list. It is not an architectural history, which would alienate any fan without the blindest bit of interest in a corrugated iron roof. Photographically, it owes a debt to the works of Stuart Roy Clarke’s Homes of Football series.

In terms of the prose and its front cover, very similar to Kerry Miller’s The History of Non League Grounds. If you already have that book, which is long due an update, British Football’s Greatest Grounds is a worthy companion to Miller’s tome.

As for the layout, it is well thought out; if Miller’s book eventually gets updated, it should take its cues from Bayly’s work. The typographic choices (Open Sans body text, City Bold and Rockwell Bold for some headers) are well chosen, and legible for reading at length or scanning at speed.

The one gripe I have with this book is the lack of two sections. One is the lack of a contents page. Even a minimal one that points out the page numbers for its introduction, the first page of the 100 best grounds, and the six ghost grounds. The other is the lack of an index page near the end of the book. This would be helpful in illustrating which club’s position in the countdown and certain parts of each entry.

If you wish to spend that spare beer money on a good sports book, British Football’s Greatest Grounds is well worth adding to your library.