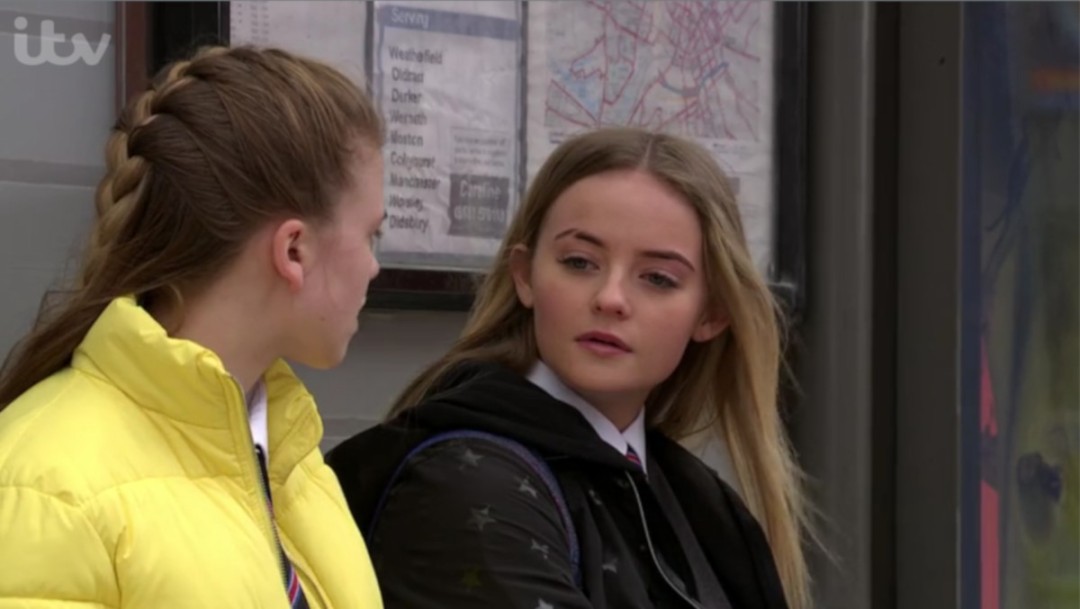 In a fit of lockdown-era boredom, East of the M60 plots what could be The Weatherfield Wayfarer’s route

With the nature of this post, you can tell that we are missing our buses. Well, missing them for travel requirements of a non-recreational nature, thanks to that dreaded pandemic which is still a threat to us all in the North West. Thanks to COVID-19, any recreational journeys have had to be plotted in our heads before we are given the all clear. It has meant yours truly looking at old timetables and bus maps – and developing high quality content for East of the M60.

During the lockdown, this has meant many people having to listen to the radio or watch daytime television. The lucky ones are those who can work from home and listen to Mike Sweeney or Phil Trow in ‘office hours’. Better still if your co-worker is your canine companion.

For the first time this year, I saw more than a minute’s worth of Coronation Street. Before I devoted more time to East of the M60, I would watch Corrie religiously, partly because: (i) it wasn’t the misery fest that was EastEnders; and (ii) I used to blog in the front room. Instead of listening to music, I would follow the wit and wisdom of Blanche Hunt for the best part of an hour.

During that minute’s viewing, I finally got around to looking at where the exact route of The Weatherfield Wayfarer whisked its fellow wayfarers. Three minutes into Friday’s episode, I was surprised to find how circuitous the route was. So much so, that it made the 343 seem like the 409 route. If Transport for Greater Manchester ran the service as a tendered route, they would have replaced it with a Local Link minibus years ago, due to its sheer expense.

To the average, non-bus-using Coronation Street aficionado, the series of places served is just another list of place names in Greater Manchester. As seen on the information panel, The Weatherfield Wayfarer’s route is as follows:

The bulk of this make-believe route is a much extended version of the 81, First Greater Manchester’s route from Oldham to Manchester via Moston. Weatherfield is supposed to a fictitious part of Salford, and the bus stop flag reflects this: 33 and 63. Real-life bus routes, living or dead (and purely coincidental) from Manchester to Eccles and Worsley (and at one time, Wigan).

Therefore, if we take the route as gospel, Weatherfield has shifted to Oldham Council boundaries! 33 and 63 would be off grid as per the SELNEC PTE renumbering scheme of 1973 – 74. Supposing Weatherfield moved to Boundary Park, our 33 and 63 should have been renumbered as the 413 and 414 routes.

Or Weatherfield could be Fitton Hill – with our 33 and 63 renumbered as the 421 and 423 routes. Only with a slight turnaround in Derker.

How would the route work out in real life?

We could kybosh any pretence that Weatherfield is in Salford City Council boundaries, but the most ardent Corrie fans would baulk at this fictitious form of local government reorganisation. A bus from the outskirts of Eccles to Oldham – avoiding Manchester – would go via Ordsall, Salford city centre, Higher Broughton, Bowker Vale, Middleton, Mills Hill, and Chadderton before reaching Oldham. Which is quite a good potential route idea, albeit with a terminus at intu Trafford Centre or MediaCityUK.

From Oldham, our Weatherfield Wayfarer would reach Derker via Oldham Edge and follow the present-day 402 route. On its way back, it could skip Oldham town centre and take in the Oldham Way bypass up to Manchester Road. Thereafter, it would follow the 81 route all the way down to Piccadilly Gardens.

Then it would follow the 33 route all the way to Worsley [Court House]. Which, if we stuck with Weatherfield as being part of Salford City Council boundaries could well be part of an Eccles – Oldham circular route in the next set of service changes.

The next part – and on paper, its most complex part of the Weatherfield Wayfarer route – is the section to Didsbury. The most obvious way would be the M60 motorway from Junction 13, all the way down to Junction 5. Non-stop. Then up Princess Road prior to terminating at East Didsbury, via Barlow Moor Road and Wilmslow Road.

Staying true to our premise of the Weatherfield Wayfarer following real life bus routes, Worsley to Didsbury is covered by two bus routes. One is the 132 to the intu Trafford Centre. Then the 23 to Didsbury which continues to Stockport.

In the Rosamund Street bus shelter, its information panel just reads Didsbury. In reality, Didsbury Village has no proper bus turnaround facility. Its nearest one is Palatine Road, which is technically in West Didsbury (or Withington if you prefer). Or the selection of bus stops in Parrs Wood.

Therefore, we could safely say that journey’s end on the Weatherfield Wayfarer is Parrs Wood, outside the multiplex cinema. If part of the 23 timetable, intu Trafford Centre – Parrs Wood would be a part route journey.

Possible Route One: If Weatherfield was in Coldhurst

Possible Route Two: If Weatherfield was in Fitton Hill

Then as Possible Route One between Oldham and East Didsbury.

Possible Route Three: Weatherfield as part of Salford (one for the purists!)

This is especially for those who wouldn’t be happy with moving Weatherfield to Oldham! Based on Weatherfield being close to (or actually being in) Ordsall, where there is a real life Coronation Street, our route begins at MediaCityUK, following Diamond Bus North West’s real life 70 route up to Oldfield Road.

Then as Possible Route One between Oldham and East Didsbury.

Route three would be one hell of a bus route. You would be looking at least two driver changes – possibly at Oldham and Southern Cemetery. In real life, there is no chance of a single bus route covering that great a distance. Hence the following distances:

MediaCityUK to East Didsbury [Parrs Wood] is 8.5 miles by car. The 50 route between the two points takes 51 minutes to complete the journey – via Manchester city centre. You wonder why our friends in Corrie choose the tram if it takes a lifetime to get from Weatherfield to Worsley!

Yet it wasn’t always like this. Before the Coronation Street set moved to MediaCityUK in 2013, the bus stop on Rosamund Street had the proper times for the 33 and 63 routes. Which in real life were the closest bus routes to Granada Studios besides the Free Bus shuttles. Also more in keeping with Weatherfield being a fictitious part of Salford.

In truth, a route that goes (quoting the title of one of my co-written episodes of Pablo) Around The Houses. One that is based largely on the real life 81 from Oldham to Manchester. Also the older version which terminated at Derker. The circuitous route in Pablo? Well, guess what number yours truly gave it back in 2016: it’s the one whose square root is 9.

Once the lockdown ceases, we might have to do this run – and have a supporting blog post shortly afterwards!