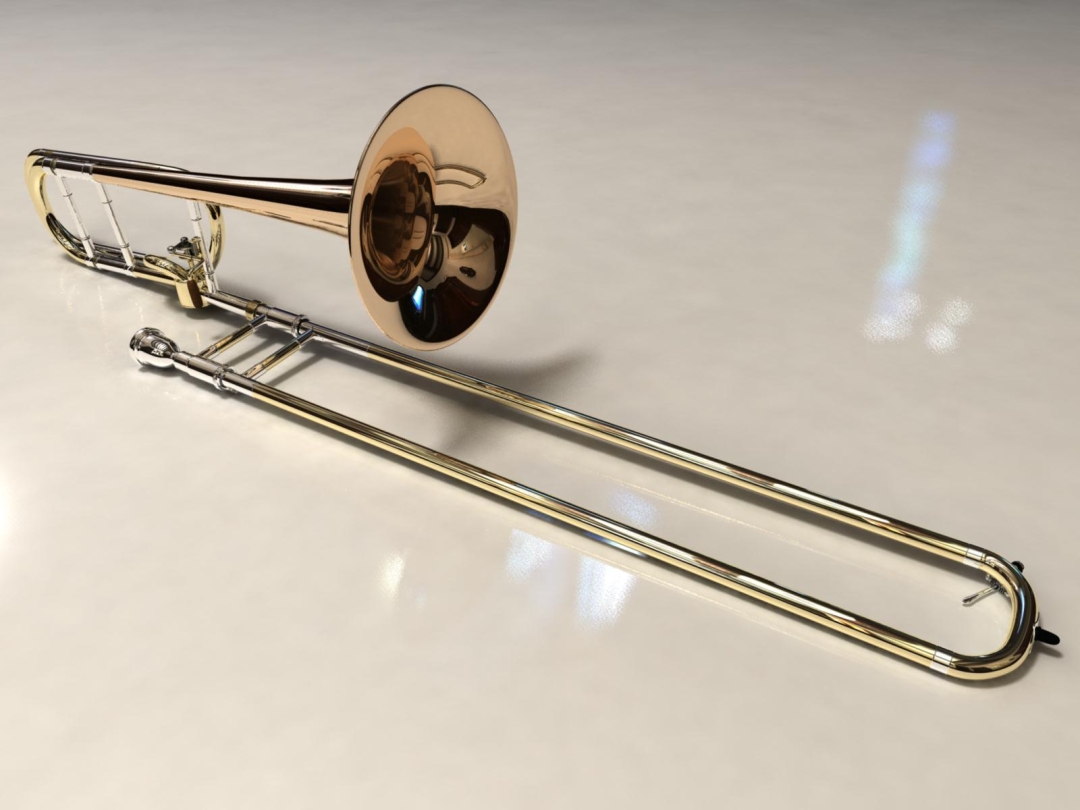 Ever wanted to learn a brass band instrument or an orchestral brass instrument in the Tameside area? Now’s your chance.

For many brass band enthusiasts, Stalybridge is the birthplace of modern brass band music. It is home to the oldest brass band in the world, formed in 1809. If you fancy learning to play the euphonium, flugelhorn or cornet in a friendly, non-invasive environment, you can do just that at Stalybridge Music Academy on Melbourne Street. Recently, the genius behind East of the M60 popped in for a chat with Chris Caton-Greasley, Tim Dzida and (via Skype) Daniel Mitchell.

Daniel Mitchell is noted for his trombone playing skills. He was born in the Isle of Man and started out at Douglas Town Band. In 2013, he graduated from the Royal Northern College of Music. At the Stalybridge Music Academy, he offers private tuition in lower brass section instruments like the euphonium, tenor horn and trombone.

Tim Dzida also has an orchestral background as well as a brass band music background. He is a professional trumpet player, who is familiar with a variety of musical genres. If you like jazz music as well as brass bands and classical music, Tim is your man. He is another RNCM graduate, having completed a Master’s degree in Performance. Prior to then, he completed his Bachelor’s degree in Music at Sul Ross State University, Texas. He focuses on upper brass section instruments – cornets, French horns and trumpets.

Chris Caton-Greasley is the belly and guts behind Stalybridge Music Academy. In the last two years, the private music school outgrew its previous premises in The Music Corner shop on Melbourne Street. With the Yorkshire Building Society’s unit vacant, she moved across the road from her original unit.

In with Tim, Chris and Dan

From the start of our chat, we found that Tim and Dan would enable students to learn ‘traditional brass band’ instruments as well as orchestral brass instruments. Tim said that it was his job to give pupils that choice; s/he might begin their lesson wanting to learn the trumpet, though prefer to play a flugelhorn.

Firstly on Skype, Dan described his background in brass banding with Douglas Town Band. A Third Section Band, they were formed in 1881 – the oldest brass band on the Isle of Man. Brass banding was part and parcel of his formative years, having followed his father to the band. He started out on the cornet before moving onto the tenor horn and the trombone.

Tim and Dan are good friends with each other, presumably from their time at the Royal Northern College of Music. Shortly after graduating, Dan started conducting lower brass instrument lessons at a new school in Anfield. One thing he realised was that each student learned things differently; one learning style may be more suitable for one student than another peer. Tim also realised this whilst studying his PGCE course.

Both Tim and Dan recognise the need for a supportive environment. Dan stated that the [Stalybridge Music] Academy is in “a most important position” for delivering friendly tuition by “great musicians”. As Daniel is an extra musician with the Hallé Orchestra and the BBC Philharmonic Orchestra, this makes for an enviable track record. Before turning professional, Daniel had one-to-one tuition in his formative years.

Tim started out at the age of eleven with his school band. Inspired by his teacher, his first love was the trumpet and, after taking him under his wing, he never looked back. He also gained an interest in chamber music and, luckily for him, he gained a well-rounded experience with most musical instruments.

Whether you choose to learn a brass instrument in an orchestra or with the world’s oldest brass band, you may be surprised by its other fringe benefits.

Away from the band room, this may include friendships with fellow members, improved self-discipline, and self confidence. (Which is important if you’re playing a Principal Cornet solo of Ben Hollings’ First Light at an iconic concert venue.)

Besides the physical benefits, we looked at the cognitive benefits of learning to play a brass instrument. Dan likened it to learning a new language – particularly with notation, with timing and rests as part of its pragmatic structure. Furthermore, he said “you could learn Italian”, which is used in manuscripts.

Tim also looked at its benefits in literacy and numeracy, being as the ability to read music can stimulate certain parts of your brain you seldom use. Adding to this, Chris said how continuous practice could stimulate your mechanical memory. Especially for people who haven’t played a musical instrument for several years.

Never too old to learn

When, might you ask, should you start learning to play a brass band instrument or an orchestral brass instrument? Dan’s philosophy is that you are “never too late to start, no matter what age [you are].” His pupils include retirees as well as school pupils. Some he said started out practising for five minutes a day whereas some had started practising for two hours.

Two of his pupils have gone on to play for lower section local brass bands. Dan sees the brass banding movement as a community in itself, having met many of his friends that way. The same could also be said of yours truly, the writer of this piece through Boarshurst Band Club.

Whether you are seven or seventy years of age, Dan and Tim can teach anyone to learn a brass instrument. In Texas, Tim taught an 86-year-old student. Two of his students are studying the instrument in university, as first year students in the United States.

By the time we reach 86 years of age, there’s a chance we may be wearing dentures. Chris asked if you could play a brass instrument with false teeth. Both Tim and Dan answered ‘yes’ – so long as you use a fixative like Super Poli Grip. Before wrapping up the conversation, Chris said to Tim and Dan that the Stalybridge Music Academy was “a great thing to have on our doorstep.”

Dan: Lloyd (Cuthbert Howard). With this hymn, Daniel had fond memories of playing this piece at Douglas Town Band.

Tim: any kind of slow hymn, great for hearing the harmonies on emotional and spiritual levels.

Tim: The Contestor (T.J. Powell). For Tim, this contest march was a recent find for him. On listening to the piece, he was blown away by its simplicity.

Dan: Daniel had fond memories of being with a Royal Northern College of Music scratch band. Each Whit Friday, the RNCM band would wear fancy dress and compete as an unregistered band under the alias of (for example) Chav Brass.

Tim: unlike Daniel, Tim has had no personal experience of the Whit Friday Band Contest. He said he was familiar with the concept of Whit Friday, from the Whit Walks to the results.

At that point, Chris and myself recommended the Whit Friday band contests at Stalybridge Labour Club and The Albion Hotel, Dukinfield.

Dan: acknowledging his positive upbringing with his father at Douglas Town Band, Dan’s sage advice was summed up in three words: “Go For It.” He also said that “you wouldn’t regret it.”

Tim: as well as the fun side of things and mental health benefits, Tim said that brass banding could be “a competitive and friendly environment” and “challenge you in a really good way.”

As well as absolute beginners, they also welcome applications from seasoned brass band players wishing to improve their technique. Lessons are available on a one-to-one basis or as part of a small group.

Subject to demand, extra lessons may take place on Tuesdays, Thursdays and Saturdays.

For further information, you can give Stalybridge Music Academy a ring on 0161 303 9966. Or you visit their website and book your lessons online. As the academy is right in the centre of Stalybridge, it is close to the bus stops on Armentieres Square. It is also a short walk from Stalybridge bus station and Stalybridge railway station.