Retail Comings and Goings in Tameside, May 2018: The Ashton Review of Shops

May’s window on the shop windows 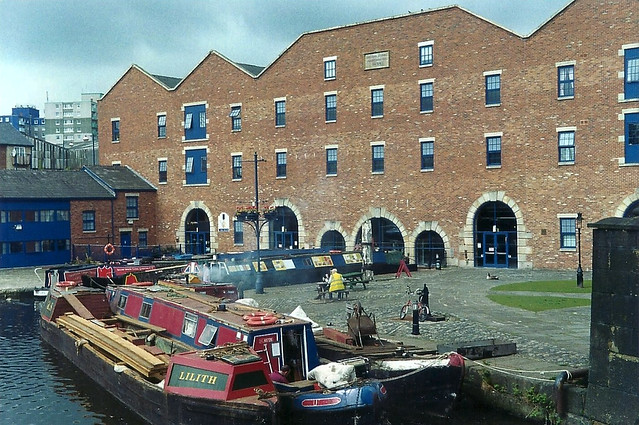 Spring should be well and truly on its way. We should be thinking about better weather, cherry blossom. Sadly in the last month, there has been little to cheer about.

In the last month, Mo Ramzan, co-owner of 5 A Day on Melbourne Street, passed away. The 54-year-old greengrocer died on the 27 April after suffering from a heart attack. He was awaiting treatment for a heart bypass at Wythenshawe Hospital after being sent to hospital a few days earlier.

Mo, alongside Corinne, opened 5 A Day in 2013. Since their arrival on Melbourne Street, a number of new businesses chose to set up home in Stalybridge. They quickly gained a good reputation among shoppers and gave Stalybridge town centre’s retail scene some hope.

Corinne aims to continue trading for another six months. If you’re ever in need for high quality fruit and vegetables at realistic prices, please call in.

In memory of Mo Ramzan, this month’s edition of The Ashton Review of Shops is dedicated to Mo, Corinne and her family who survives him.

With the way things are going, a 2020 edition of The Ashton Review of Shops could be mourning the borough’s last retail bank. Thanks largely to the internet and bad business decisions, Tameside has bore the brunt of this year’s closures.

The Stalybridge branch on Melbourne Street will close on the 19 September 2018. This would leave the town centre with only one bank and six free-to-use ATMs. These are the two at NatWest, the two at TESCO, one inside ALDI, and the one inside Stalybridge Post Office. The ATM at Jit’s Super Shop on Market Street charges £1.70 for withdrawals (cashback on a debit card is cheaper). Cashback is also available at The Society Rooms J.D. Wetherspoon house.

By the end of this year, Tameside will only have one branch of the Royal Bank of Scotland. That will be their Droylsden branch beside the tram stop. A lot of the closures are due to the RBS Group’s botched launch of Williams and Glyn. The revived name would have been used for Royal Bank of Scotland branches in the North West of England as a Challenger Bank.

As a result of their mistakes, the North West of England has copped for the lion’s share of branch closures. Not only in small towns, but major centres like Ashton-under-Lyne, Blackpool and Manchester city centre. The branches that are closing will be those which are a short distance from nearby NatWest banks, which in the Tameside area are as follows:

If you have an account with the Royal Bank of Scotland, you can also use your nearest Post Office, or call into any branch of NatWest Bank.

In the last week, bank closures aside, Sainsbury’s proposed takeover of ASDA has dominated the retail headlines. Though there has been talk of Sainsburys keeping all stores, it is now received wisdom that some stores could be changing hands.

In Tameside, Sainsburys’ portfolio covers the J. Sainsbury superstores in Denton (Manchester Road) and Ashton-under-Lyne (Ashton Moss). Since acquiring Argos from Home Retail Group, three Argos branches in the borough. These being in Hyde (Clarendon Mall), and Ashton-under-Lyne (Arcades Shopping Centre and Snipe Retail Park). The former Ashton branch has moved inside Sainsburys in Ashton Moss. There is now a likelihood of ASDA stores having Argos concessions (could Hyde follow?).

With ASDA, three stores in the borough: two in Ashton-under-Lyne, and the one in Hyde. Ashton’s second ASDA branch was a purchase from The Cooperative. It was purpose built as a United Norwest Co-op Food Market on the site of the Roxy cinema in Hurst. Its largest one in Ashton opened in March 1989. Hyde has had an ASDA store since 2001, with competition from Morrisons and ALDI in the same town.

Pending a report from the Competition and Markets Authority, there could be new owners. Could the merged company choose Cavendish Street over Ashton Moss? They would want to keep both stores in Ashton-under-Lyne as they cater to differing demographics (for example: ABC1 in Ashton Moss – also being next to Marks and Spencer).

A rather interesting set of plans, with two affecting our borough’s most iconic buildings.

Polite Note: for reasons of brevity, any pub and club applications come under the Pub and Club Update section. You know the drill; bish bash Bosch…

In the last fortnight, the Ashton Taphouse opened its doors in Ashton Indoor Market. The recent addition to Tameside’s real ale scene has four cask ales and a selection of bottled beers. Next to the pub itself, space has been made for a bottle shop.

If you spend some of your Bank Holidays down the pub, you could do no worse than calling into The Silly Country for one. After keeping us in suspense for six months, this weekend will see the micro bar’s grand opening. Occupying a ground floor unit under the Concord Suite, it aims to give Droylsdonian drinkers another outlet for their real ales.

With Joey Holt’s finest at The King’s Head and real ales at Clinton Wright’s gaff [The Beehive], The Silly Country is an important stop on a mini Droylsden pub crawl. With the new arrival’s opening in breathing, The Lazy Toad’s offensive this Bank Holiday weekend is a beer festival. Four fine pubs, well worth a tram or 216 bus ride for!

In the last month, The Cheshire Cheese in Newton has been refurbished. The popular Robbies pub has had a full internal and external makeover. On a less positive note we have heard that depubification could affect The Junction Inn on Mossley Road. Following the landlord’s retirement, the Robinson’s house noted for its rag puddings could be serving its last pint instead of going to a new tenant.

Will next month’s bulletin provide an antidote to the retail doom and gloom? Tune in to our latest episode on the 02 June 2018, 9am sharp.