It’s Up the Poll! 2017: Transport Policy and the General Election 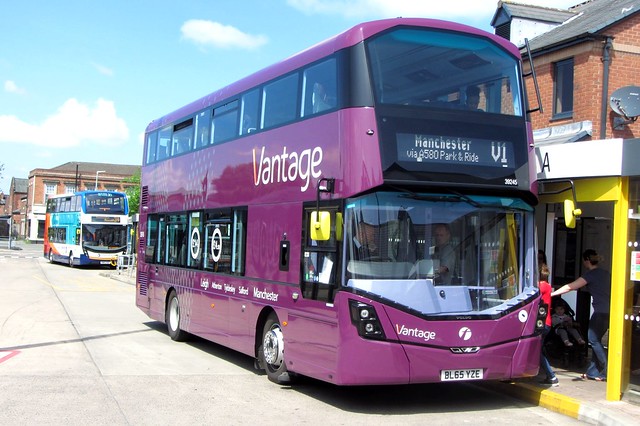 This time, we shall compare the manifestoes of the parties, who are fielding candidates east of the M60 motorway. Instead of the lengthy passages we had last time, our observations will be pithier. In Haiku form.

The phased-in renationalisation of our railways – alongside the end of tuition fees is among Labour’s signature policies. They favour allowing the expiration of private sector franchises, and their subsequent transition to the public sector. Bus re-regulation – consistent with Andy Burnham’s vision for Greater Manchester is another key transport policy. Labour also wants to end the clause in The Bus Services Bill which prohibits the establishment of local authority bus operators.

There will also be pro-cyclist and pro-pedestrian transport policies. Some critics might say, “well, they would, because their leader’s a cyclist”.

The Green Party of England and Wales:

The Green Party favour a public transport policy that is on the side of its regular users, whilst attracting new users. They favour the return of our railways to public ownership and the re-regulation of local bus undertakings. This would fit in well with the Greater Manchester Mayor’s powers.

Where there could be some friction in Greater Manchester is the scrapping of HS2. Instead, the Green Party favour diverting the money towards boosting local train services.

The Tories favour the status quo in terms of rail ownership. Instead, they would like to continue with investing in HS2 and the Northern Powerhouse Rail projects. This could see a boost for Transpennine Express services. They also favour the promotion of electric cars as an environmentally friendly form of private transport.

Rather than building new motorways, the Conservative party favours increasing the number of lanes. What is not clear is whether there would be any net gains, or greater use of the Smart Motorways principle.

UKIP are the staunchest advocates against HS2 and road pricing. If you remember the 2008 Transport Innovation Fund referendum, they (alongside the Conservatives) were against the congestion charging element. Like the Tories, they favour a transitional period towards zero emission vehicles. On the other hand, UKIP are against the scapegoating of diesel-powered car owners and favour a Britdisc scheme.

The Britdisc scheme they propose is to keep a record of all foreign vehicles entering the United Kingdom. For rural bus routes, they favour the idea of start up grants for community-owned operators. These will fund smaller buses and benefit the likes of South Pennine Community Transport, who run rural services from Holmfirth to Ashton, Glossop, and Uppermill.

The Liberal Democrats’ proposed Green Transport Act aims to place sustainable transport solutions at the heart of their policies. This, if given Royal Assent, would mean fewer emissions from public transport. Key to this is further electrification of our railways, plus the continued investment of the Northern Powerhouse Rail and HS2 projects.

At a local level, the Lib Dems favour strengthened local powers for bus services. In other words, making sure the whole of Britain can re-regulate their buses and franchise services. Instead of concentrating on the London airports, they favour a switch towards regional airports (where Manchester Airport and Liverpool John Lennon Airport may benefit).

Anyone who has boarded a Northern rail service in the peak hours may concur with the Monster Raving Loony Party’s Sardine Card. The name, it claims, better reflects the experience faced by many commuters. On the other hand, this could be seen as the harbinger of a future nationwide scheme. Like the ENCTS card but for chargeable journeys across the UK (therefore, your Oyster Card could also be used in Whitstable as well as Whitby and Wimbledon).

The most offbeat proposal is the addition of yellow lines around parking spaces. Perhaps this could be an electronic solution, if you have stayed in your parking space for too long.

We shall be looking at the environmental policies of the parties standing in our area, east of the M60 motorway.

2 thoughts on “It’s Up the Poll! 2017: Transport Policy and the General Election”