The fifth part of our Down Our Streets serialised photo special

After the successful Hattersley jaunt, I assumed that Haughton Green would have reaped similar rewards. How wrong I was.

In spite of the golden Cocker Spaniel in the works, the quest for the magic 101 bus plaques was within reach.

Now for our fifth scintillating instalment. Sit back, relax and put the kettle on. 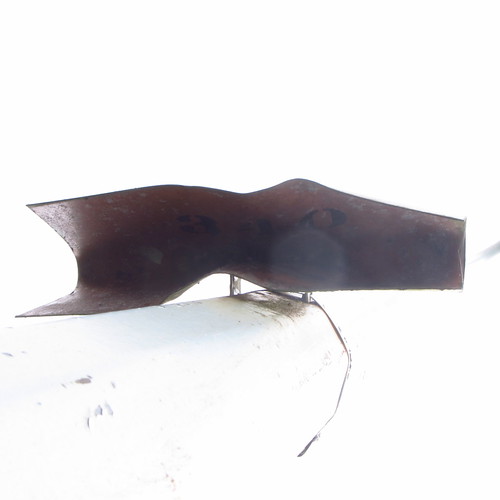 This image wouldn’t win any prizes at photographic shows, but a bit of tinkering with the aperture priority and shutter speeds enabled me to get the colour settings sorted for this one. Seen at the junction of Armadale Road and Inverness Road, this would direct the 340 service to Lyne Edge Road. 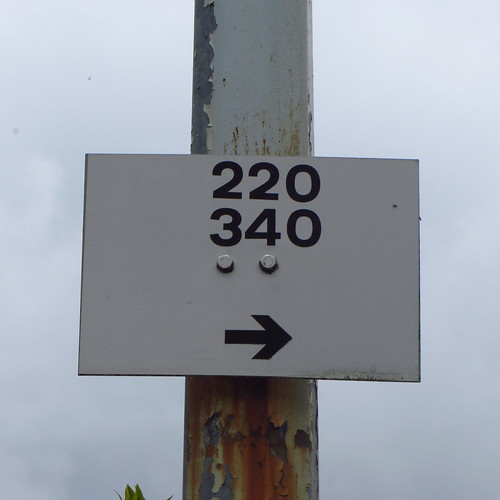 Remaining with the 340 service… Today, no 220s turn right onto King Street; only the morning peak 221s, and from Boyds Walk instead of Chapel Street. 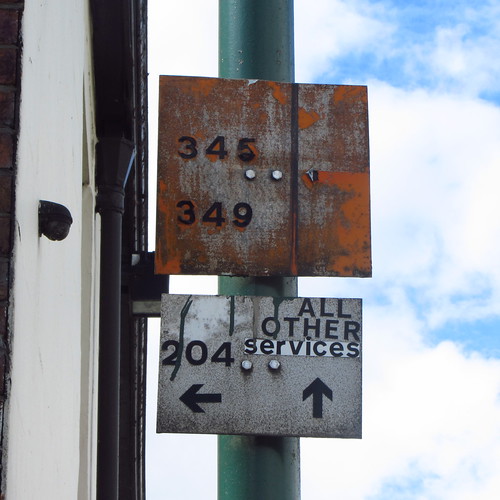 Somehow, the second generation orange plaques tend to age faster than the first generation equivalents (when the numbers were painted onto the plaque). Though the most aesthetically pleasing (with the arrows right of the numbers) they tended to weather worse. Perhaps it could be years of diesel fumes: hence the grubby state of the GM Buses era one below. 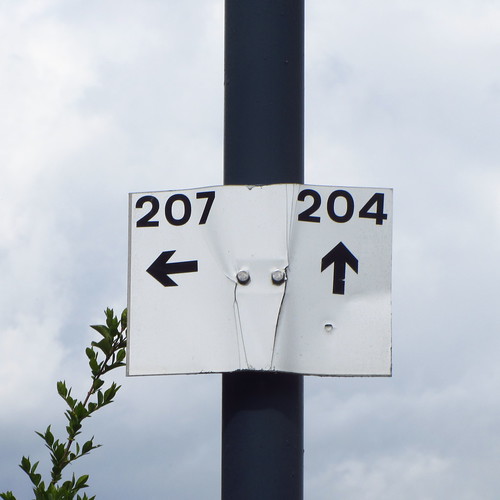 Seen at the junction of Mill Lane and Moorfield Avenue. Both services are still operating today with the former peak hours only. The 204, evenings, Bank Holidays and Sundays; the 206 outside of then provides the daytime service. 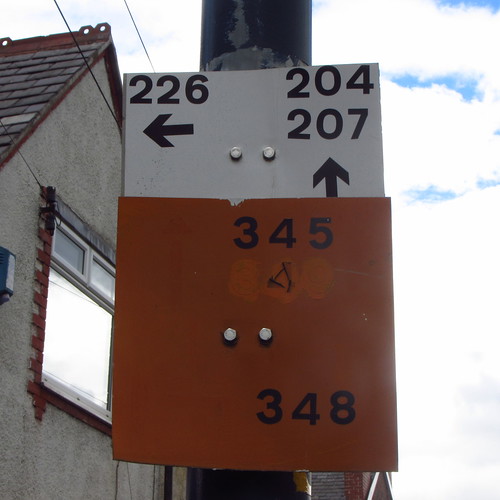 A fourth generation orange GMT plaque below the GM Buses era equivalent. Both sets of arrows on the former since disappeared along with the routes. The 348 forms part of today’s 347 service; whereas the 347 enters Haughton Green in a clockwise direction, the 348 took an anti-clockwise route. 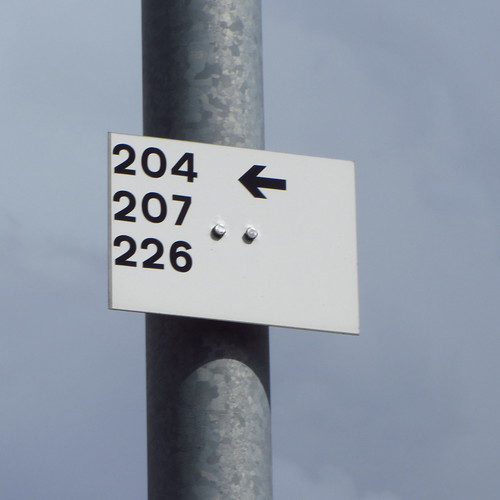 Probably the holiest of the collection, between two churches. Nearest to St. John Fisher Presbytery with St. Mary’s C of E opposite. 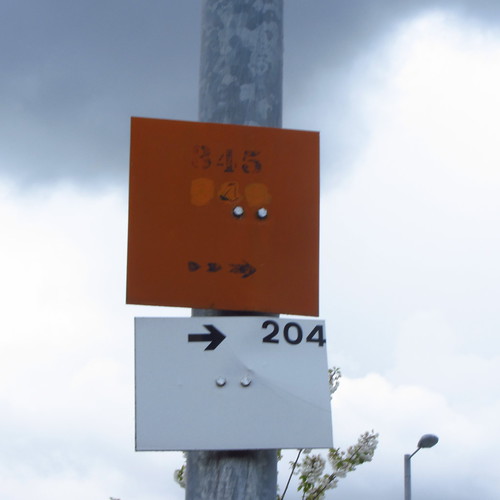 Seen at the junction of Mancunian Road. At that time, the weather seemed to have been on the turn. I was away from the worst of the weather having found out about Dukinfield and Hyde having worse weather that Sunday. 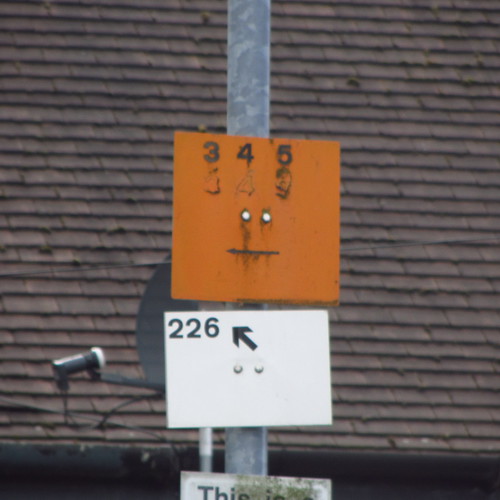 Another orange and white combo! For me one of the hardest ones to photograph. Only the 345 service remains today. In Denton, the second instance of a painted out 349. 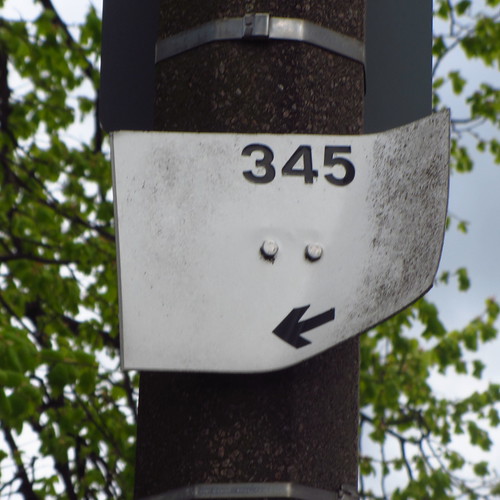 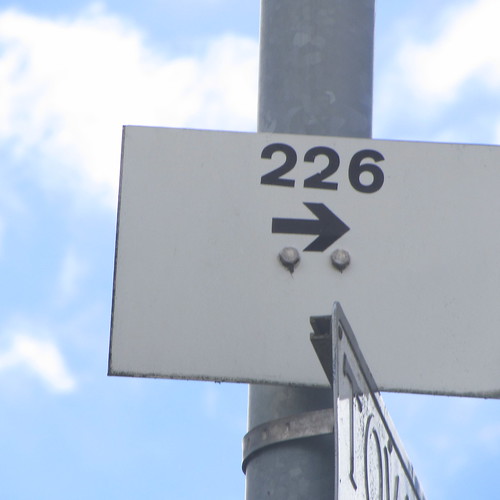 Our second one on Town Lane, this time used to direct the 226 service along Ruby Street. 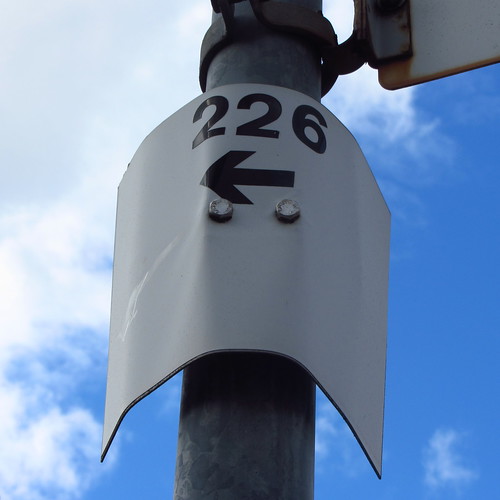 Six more to go! The continuation of the defunct limited stop 226 service. Today it is served by some peak hour services into Manchester. 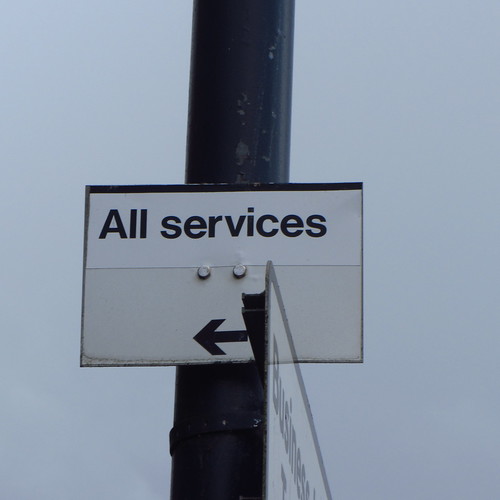 The last of our Dentonian haul that Sunday of the Mayday Bank Holiday weekend. Today, still pretty useful for today’s 201s, 204s and 206s.

Denton and Haughton Green was a slight disappointment. My search for the Holy Grail of 101 plaques had to be postponed for a while.

The sixth part sees of our quest for the 101 bus plaques near its finish. Is it Mission: Possible? Tune in next time for our final instalment (Or is it?).