The fourth part of our Down Our Streets serialised photo special

Hattersley turned out to be a real surprise. What you are about to see is nineteen different plaques set in the overspill estate itself. The only non Hattersley one being our first example in today’s instalment.

Stand by for action… 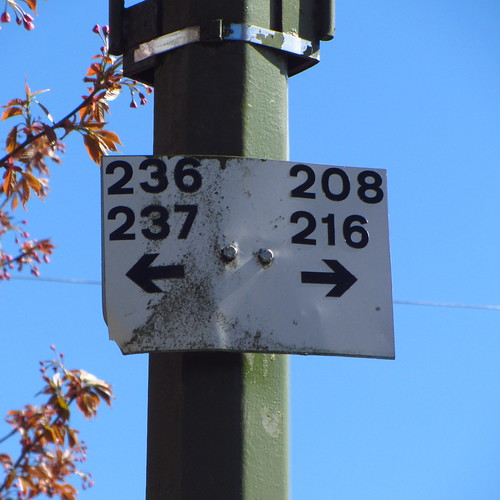 A mistake on my part enabled me to bag this plaque. At the time I didn’t realise that the Sunday service of the 236 served Stalybridge Road instead of Back Moor. Thanks to getting off two stops early, I bagged this example close to the late L.S. Lowry’s house. 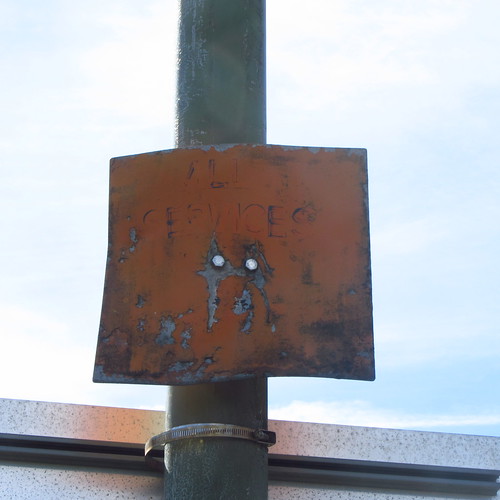 The first of our Hattersley haul is an All Services plaque, presumably for Glossop bound services including the 214 and 215. 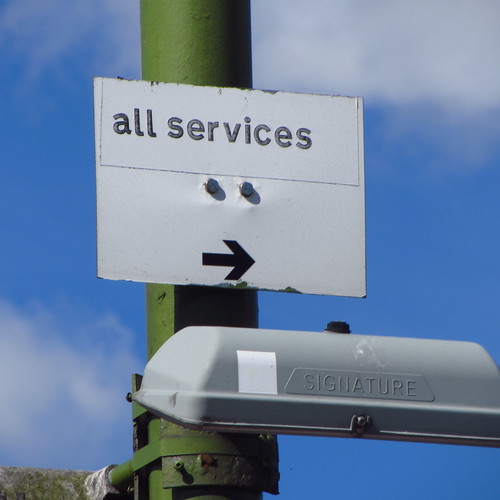 Our second All Services sign, again for the same routes. Of some interest is the typeface, Transport instead of Helvetica Bold. 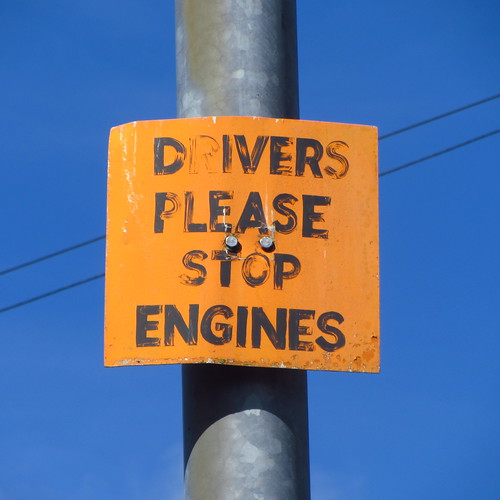 A first generation orange plaque imploring drivers to switch their engines off on terminating 211 services. 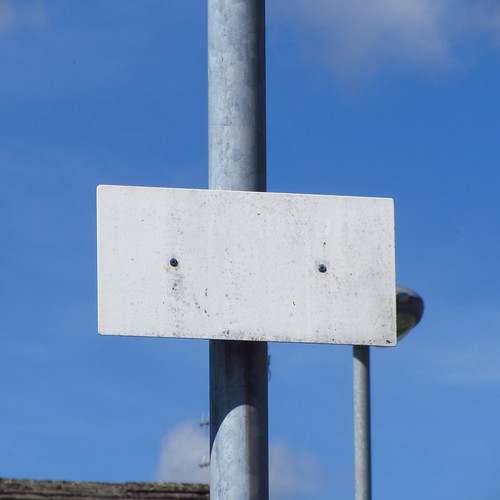 A very faded example of a ‘Drivers Must Switch Off Engines’ plaque dating from the mid-1990s. A less faded example is intact outside The Clarence Hotel, Greenfield with the M-blem inside a red rounded square and ‘GMPTE’ in a serif typeface. The route was virtually unchanged till its eventual demise in April 2005. At one point, the 153 was a peak only service, though had evening journeys on Fridays and Saturdays. 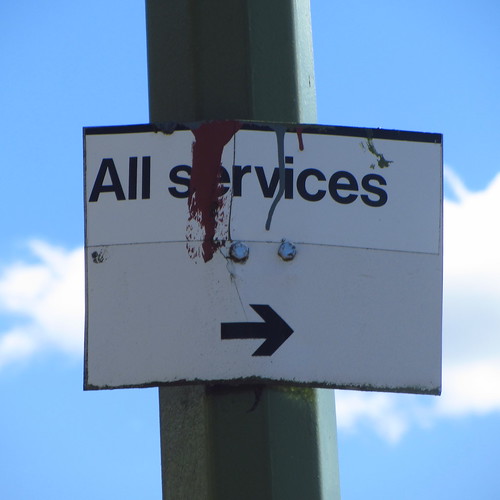 Seen at the junction with Ashworth Lane. ‘All Services’ today now means the 201 to Piccadilly Gardens. 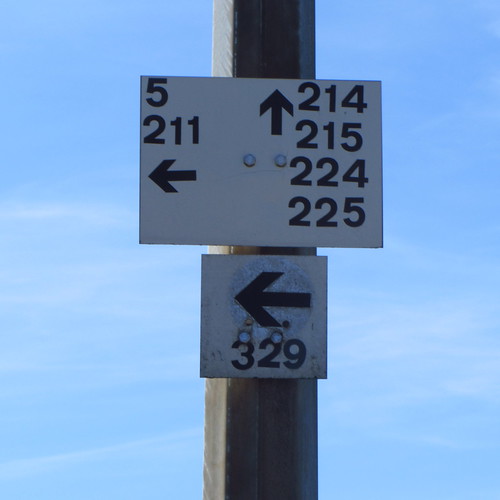 This plaque seems to be a Who’s Who of early post-deregulation services in Hattersley. A lot of which have been absorbed by the 341 and 202 services, with the 211 now today’s 201 service. 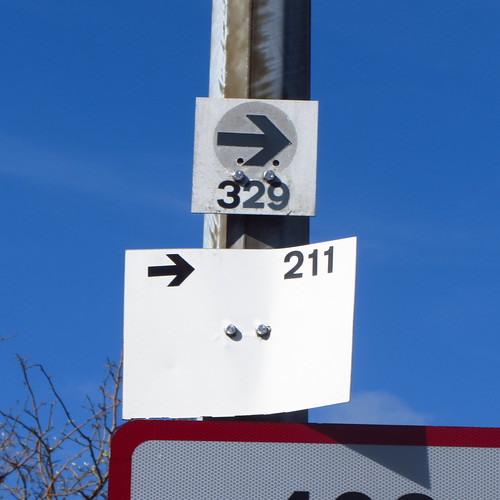 This duo was seen at the side of a bus turnaround off Hattersley Road East. 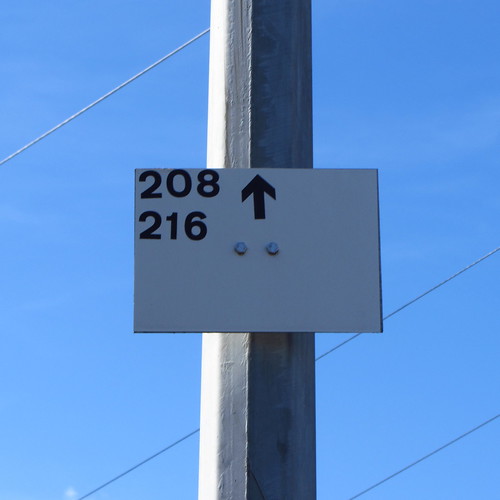 Both the 208 and 216 offered alternative ways to Manchester city centre via Hattersley to the 211. The former terminated at Hyde before continuing to Manchester via Mottram, Stalybridge and Ashton-under-Lyne. The latter, from Ashton-under-Lyne – also via Stalybridge and Mottram – served Hyde Road instead of Ashton New Road. Today, the 201 is Hattersley’s sole Mancunian bus link. The 208 and 216 from Ashton to Hattersley forms part of the 387 service. 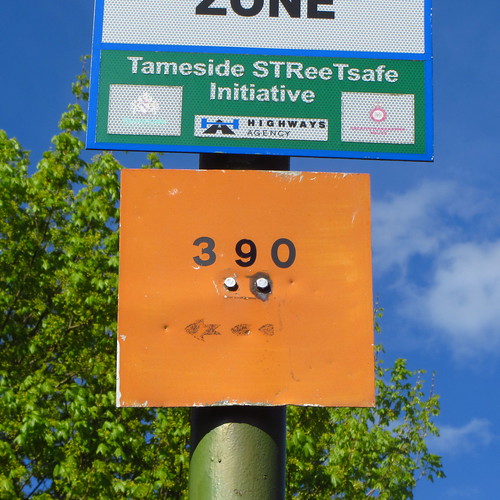 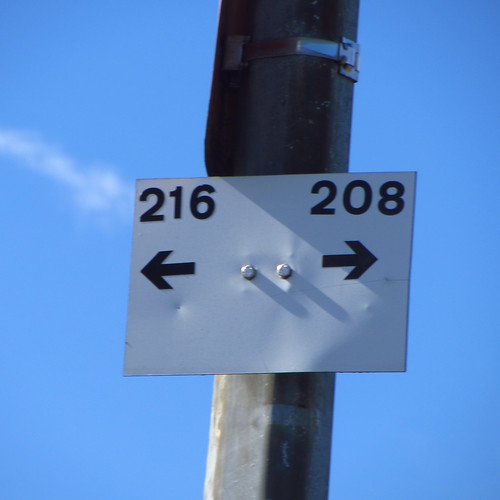 Seen close to the site of Hattersley High School, directing the 216s to Hyde and the 208s to Stalybridge. Above this is a further two directional signs, pointing towards Chapman Road. 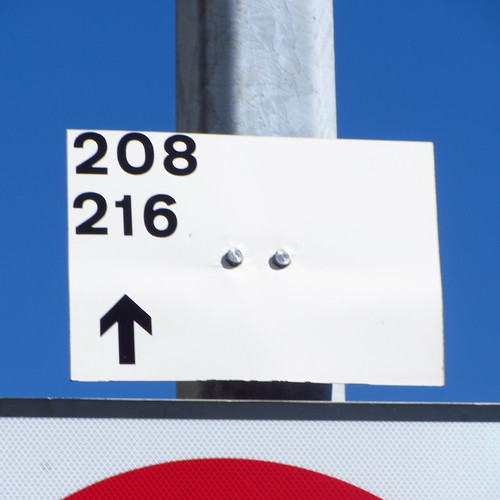 Another one for the 208 and 216 routes, this time after the junction with Mottram Old Road. 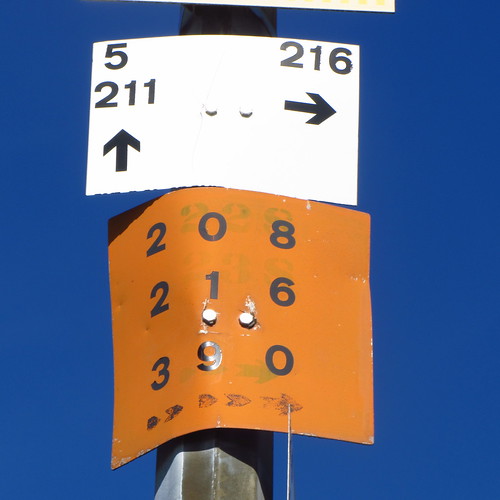 By the time the second plaque was installed, it was clear that the 208 had changed its terminus to Hattersley railway station. Our second plaque shows recycling in action, brought about by changes made to Greater Manchester Transport services in 1981. The faint text details the 208’s and 216’s predecessors along the eastern part of Hattersley. 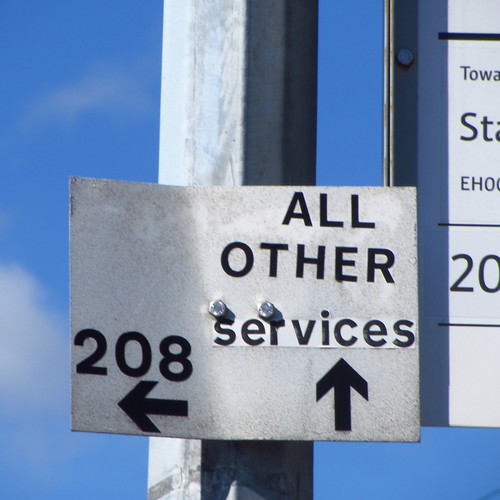 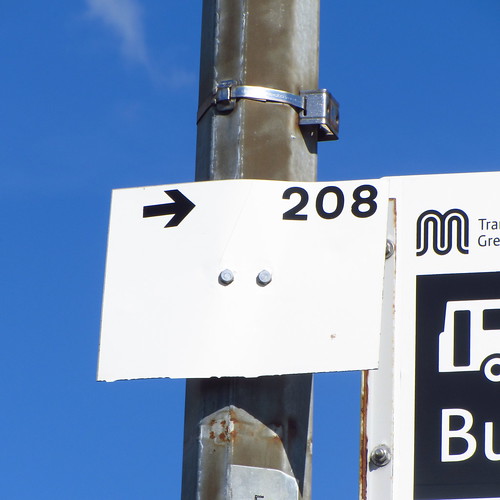 At the junction of Fields Farm Road with Hattersley Road East. 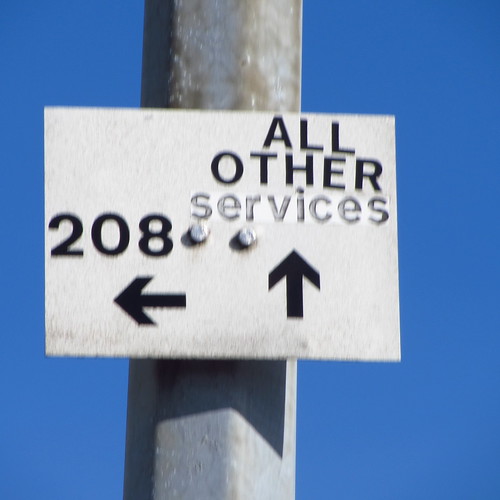 Just before the junction with Hattersley railway station with the ‘All Other Services’ including the 211 (today’s 201 of course). 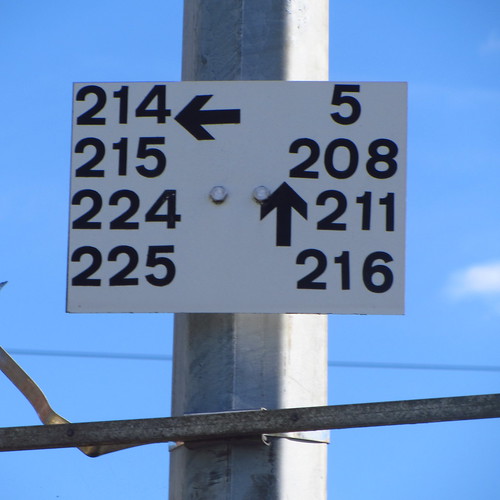 Since this plaque was installed, we have gone from eight to four services in the space of 29 years. Today’s link with Glossop is provided by the 202 and 341 services as well as the train via Hadfield. In 1986, the 214 and 215 linked Glossop with Manchester city centre with the 224 and 225 its limited stop equivalents. The 208 and 216, via Stalybridge, replaced by today’s 387 service.

Not only that, the pub which this plaque is nearby, is the sole surviving hostelry in Hattersley estate proper.

The Hattersley haul of plaques was unbelievable. Hence all but one being in the Manchester overspill estate. That Sunday in April when I did my fieldwork saw yours truly did a fair amount of walking. Firstly, some walking in Top Mossley, then within Stalybridge from Copley to Mottram Road for the 236/237 service.

The longest and most enthralling bit was in Hattersley, where yours truly finished the day with 21 needed for the magic 101 bus direction plaques.

The fifth part covers the Denton expedition. With hopes of a similar Hattersley scenario in Haughton Green, yours truly was a tad miffed. All will be revealed in the next post.