The third part of our Down Our Streets serialised photo special

Part three seems to have more of a Mossley and Saddleworth focus. From what we have noticed, a great many of the first generation orange GMT plaques are present. 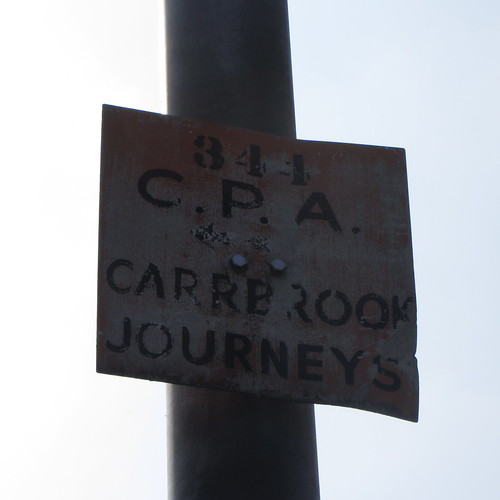 A true relic! This was installed to direct drivers to the Calico Printers’ Association works at the end of Buckton Vale Road/South View way in Carrbrook. Some part route journeys were operated during peak hours. 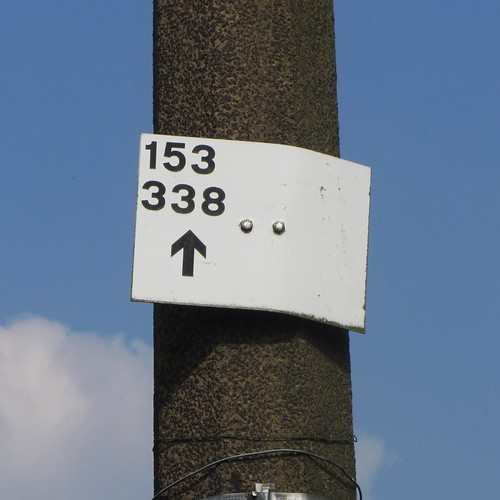 Seen beside The Stamford Arms. In later years, the 338 would become part of Pennine’s 33 service, competing with Mayne of Manchester’s 232 – 235 journeys. The Mossley section of the 338 forms part of an enhanced 350 service. 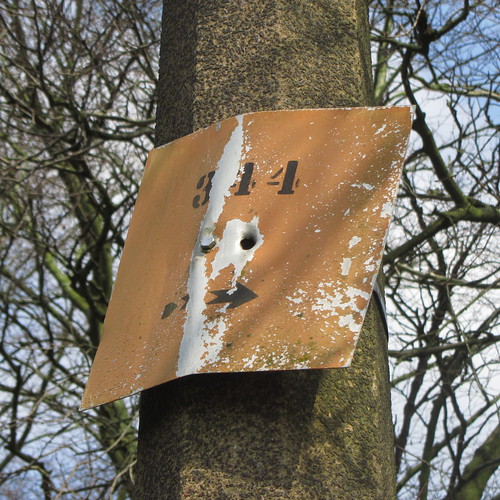 This one was a real pain to photograph, especially whilst trying to avoid the traffic, but the effort was worth it. This plaque is situated beside a boundary marker where Cheshire met up with Lancashire and Yorkshire. Hence Mossley having three wards named after the counties it was in before 1974. 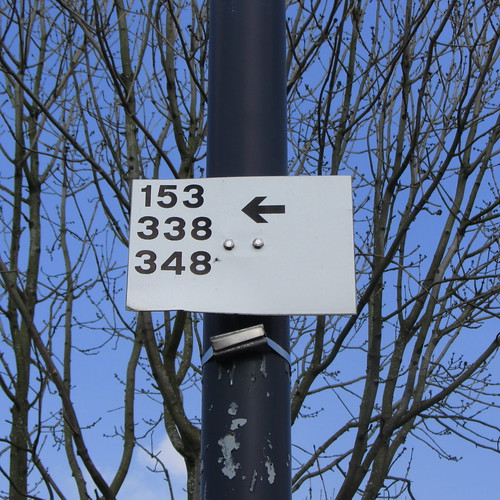 Close to the site of Mossley Hollins School and on a section of Huddersfield Road no longer served by any buses. 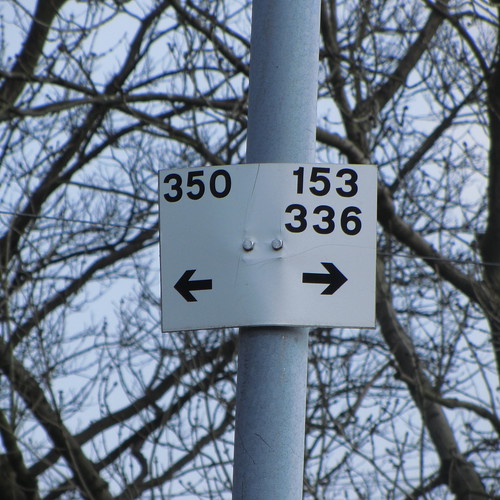 At the top of Winterford Road with the 350 service pointing to Hey Farm Estate. The now bus-free section of Huddersfield Road was bolstered by an extension of the 153 express bus to Top Mossley on deregulation.

The route was virtually unchanged till its eventual demise in April 2005. At one point, the 153 was a peak only service, though had evening journeys on Fridays and Saturdays. 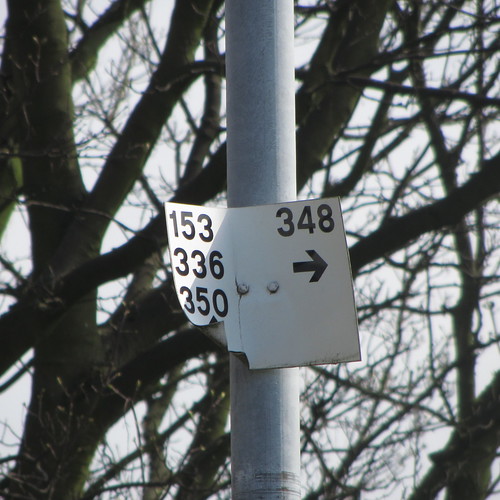 This time on the junction with Mansfield Street, where some of today’s 350 journeys terminate instead of Hey Farm Estate. The 348 would become Pennine’s 34 service in the early 1990s. 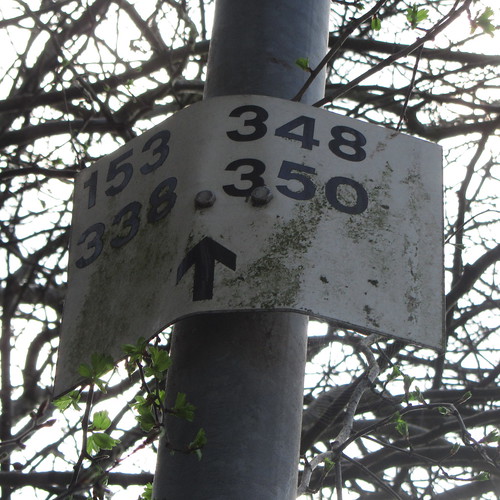 This was a rather tough one to find, used to direct buses towards Egmont Street. As with a fair number of direction boards from the mid-1980s around Mossley, the 343 and 344 is notable by their absence. 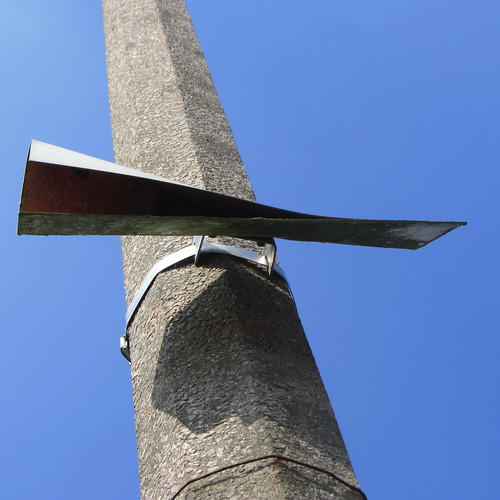 A well hidden one used for the 355 route, now replaced by today’s extended 350 service from Ashton to Oldham via Saddleworth. 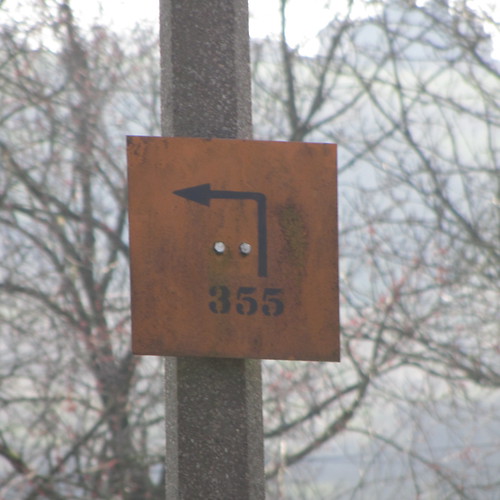 With a bit of jiggery pokery with the aperture settings, it took me about four attempts to get the colour right on this first generation direction board. Apart from the bokeh effect in the background it gives the plaque greater emphasis.

It looks remarkably well preserved compared with some of the first generation plaques we have seen. 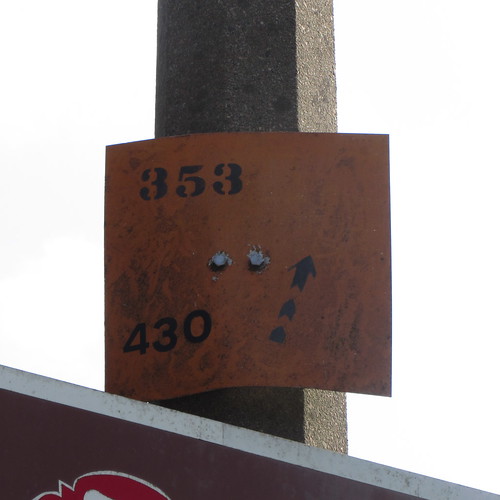 This one turned out to be a consolation prize for the one I had hoped to find. The Holy Grail of First Generation GMT direction signs: the one with the roundabout for the 353 terminus. It wasn’t to be. Instead I found this fellow which denotes the 430 service as well as the 353.

The 430 service used to go from Rochdale to Saddleworth and Holmfirth via Newhey, Denshaw, Delph and Uppermill. This was a short lived seasonal service inaugurated by Greater Manchester Transport in 1985. It was extended to Bury in 1986 and ceased operation in 1988. 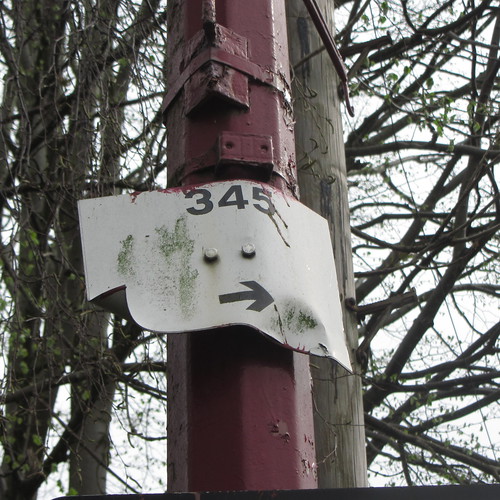 Seen near the Dukinfield Central estate and snooker club, pointing westbound for Denton. 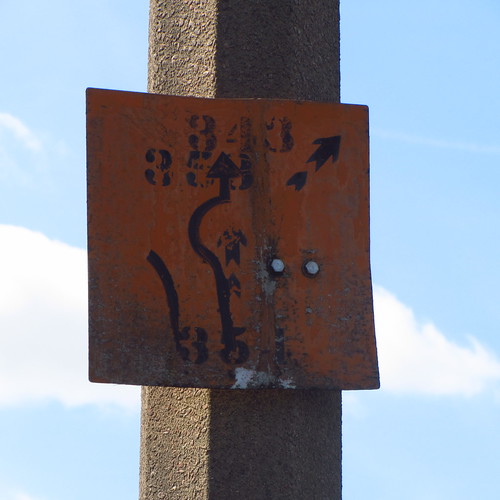 Clearly one which had been recycled. This plaque was probably seen at the junction of Manchester Road and Waggon Road in Bottom Mossley. This owing to the fact the 353 once served Hey Farm Estate with our 354 continuing to Roaches Lock and Greenfield.

After July 1980, it was relocated to its present position. The first generation style of stencilled numbering is seen for the ‘343’, but the arrow is shaped to observe the (now gone) roundabout at Oldham Way. 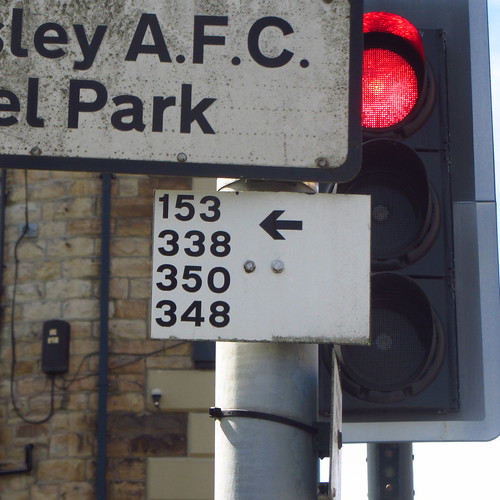 Close to the former George public house (now Giorgios) and only yards from the 1986 to 2005 terminus of the 153 express service. 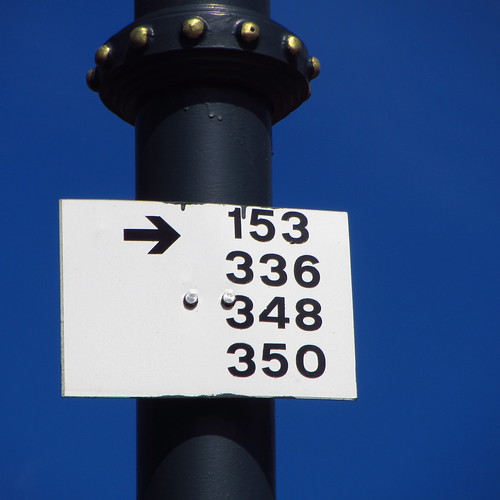 Close to the junction of Stockport Road and Lees Road. 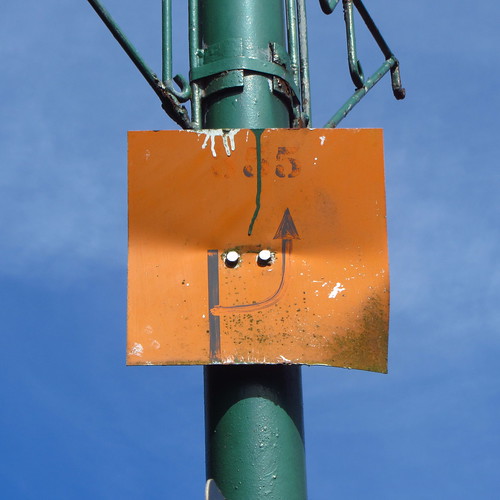 This plaque was installed in 1980 for the then new 355 service. Whereas the 353 traversed Stockport Road from the 20 July 1980 onwards, the original 355 served Carrhill Lane. 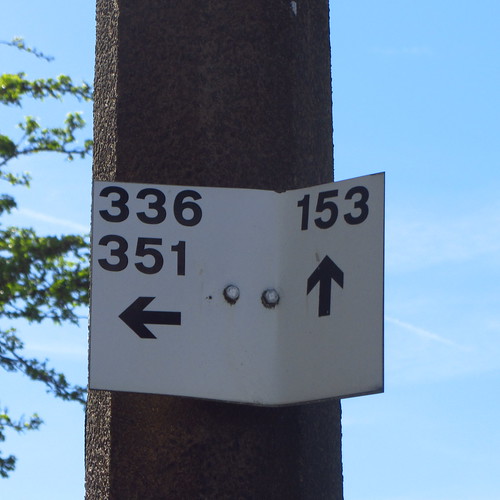 Seen close to The Reindeer public house, this plaque of 1986 vintage directed the 336s and 351s to Demesne Drive, used by today’s 348 service. 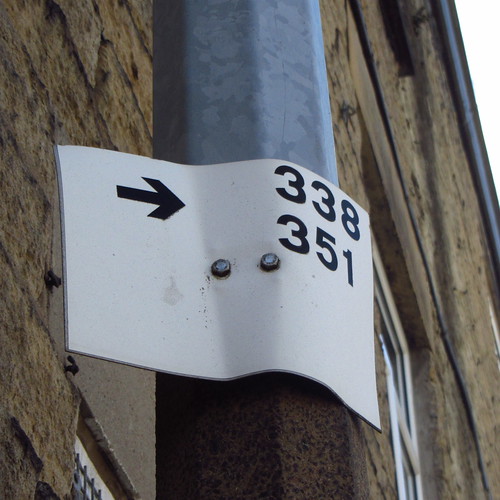 Again on the predecessors of today’s 348 route, pointing the way to Carrbrook. 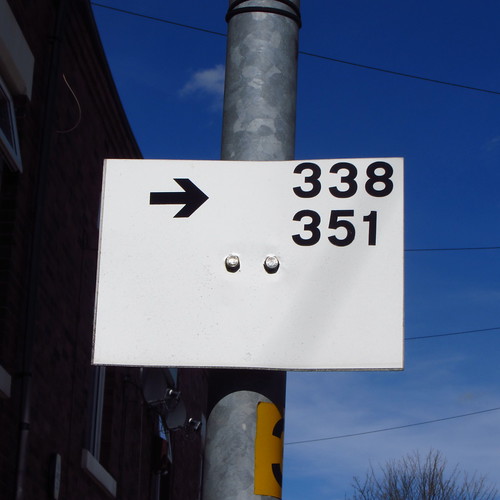 Located near Oxford Street and reached from Stocks Lane, pointing the way towards Carrbrook for Demesne Drive.

The fourth part of our Bus Plaque Attack uncovers a real feast of orange and white bus plaques in Hattersley.