The second part of our Down Our Streets serialised photo special

For our next part, there seems to be a bit of a Hydonian and Dukinfeldian theme. We were surprised to see how much of Dukinfield is a happy hunting ground for Tameside Garage’s directional signs.

Stand by for part two. 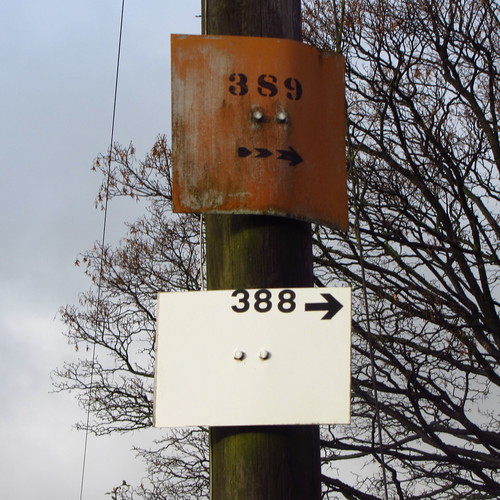 Two ages of GMT and GM Buses direction signs, seen at the junction of Park Road and Lodge Lane. Whereas the 389 service used to operate from Marple to Stalybridge and Ashton, its part route counterpart, the 388, terminated at Gee Cross. Today, there is no 388 and the 389 terminates at Hyde bus station. The 388’s – later the 389’s – Gee Cross section – is part of today’s 343 route on Sundays, evenings and Bank Holidays. 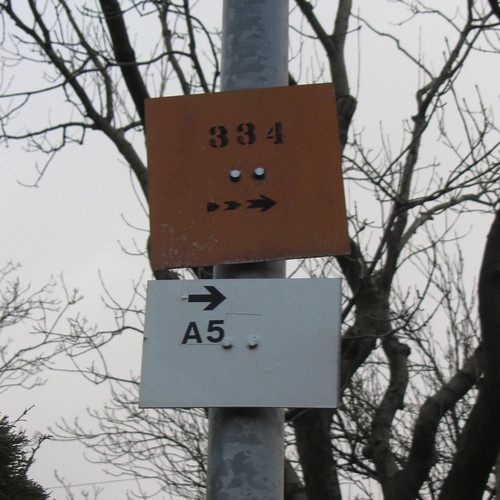 Continuing the theme of the previous plaques, our second one reminds us of the short lived Ashton Mini Lyne era. In the run-up to deregulation, it was among a number of local brands for GMT minibus routes. ‘Ashton Mini Lyne’ plus other names like ‘Chaser’ and ‘Hopper’ would be superseded by ‘Little Gem’ in February 1987. The A5 replaced the 334 service via Turner Lane. 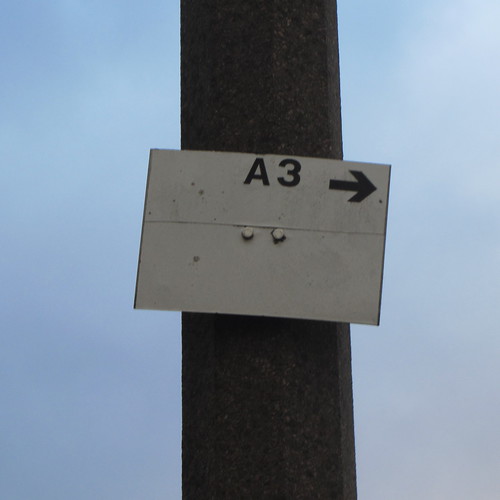 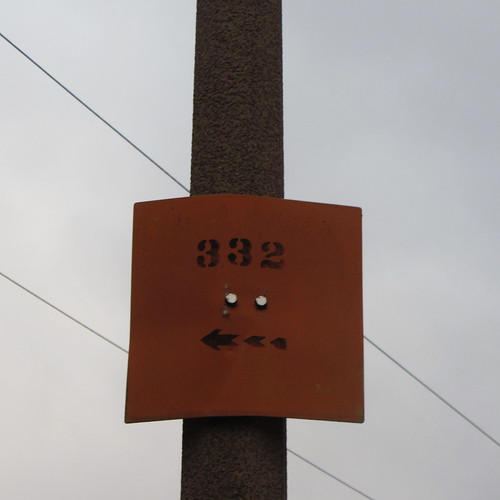 One of four Ashton Circular routes from the GMT era, the 332 has largely been replaced by the new 232 service and the 395/396 services. 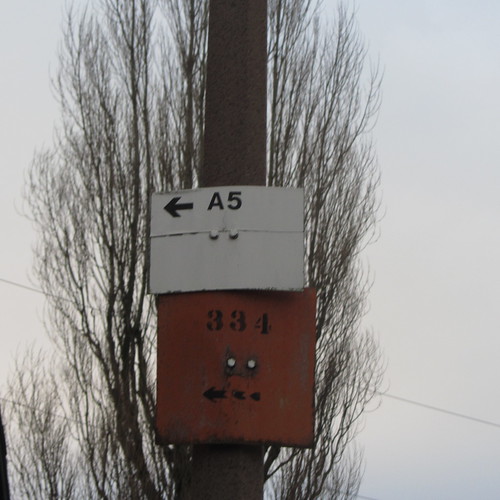 Only a short distance from the previous plaque, though near to Lordsfield Avenue. Once again, the continuation of the A5 and 334 circular routes. 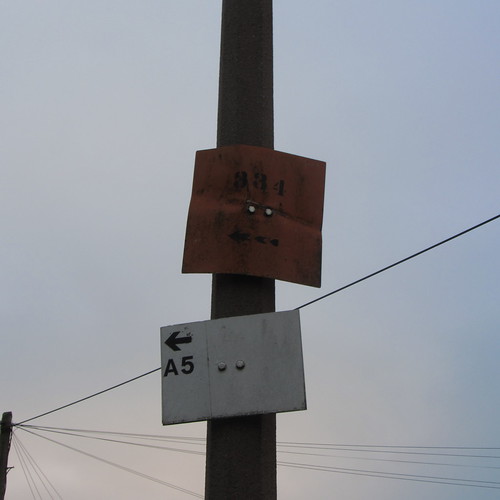 More of the same, though closer to Charlestown and The Junction Inn public house. 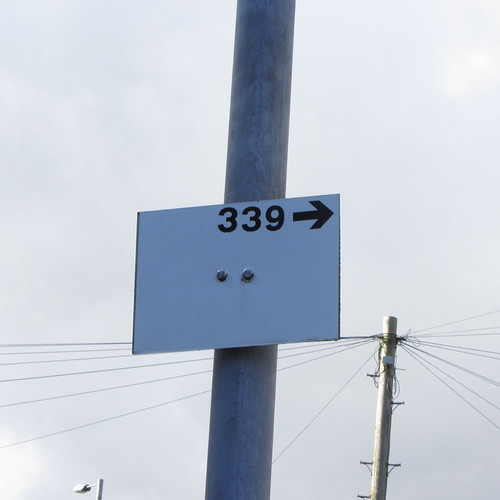 Today, this lower section is no longer served by any bus. This having been the case since 2006 when the 41 became a full time route. 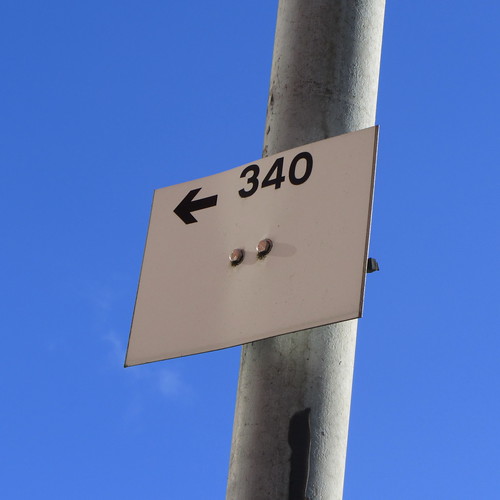 Photographed from the junction of Birch Lane and the bottom end of Yew Tree Lane. 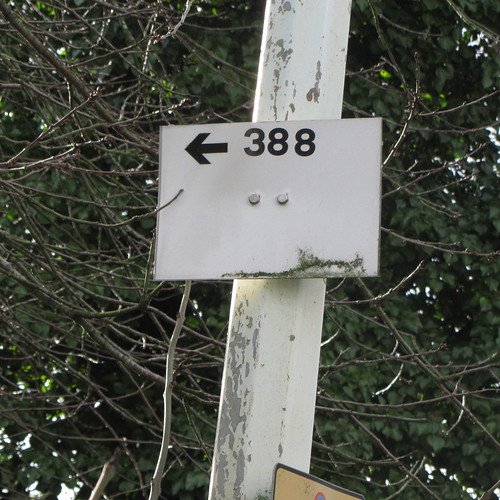 Pointing towards Hyde and Gee Cross from the junction with Cheetham Hill Road. 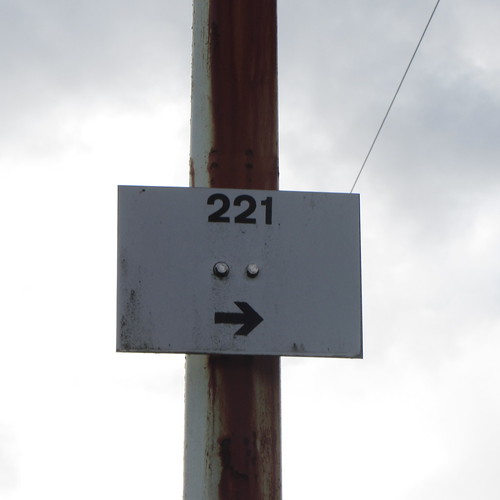 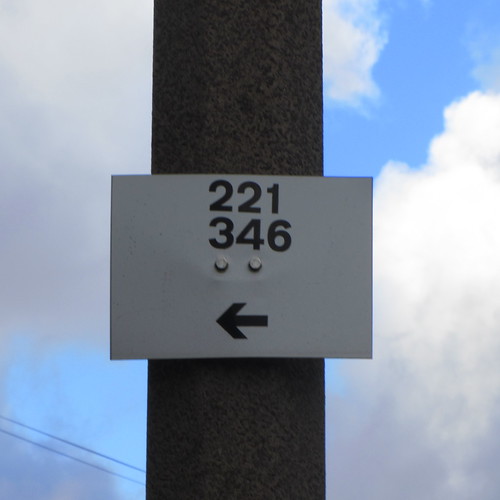 Seen beside the stop nearest to The Lodge Hotel for Ashton bound 346s. 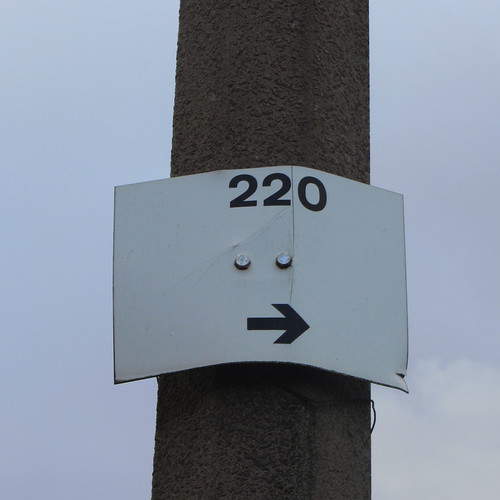 Seen beside the stop closest to The Golden Phoenix chippy and The Lodge Hotel. 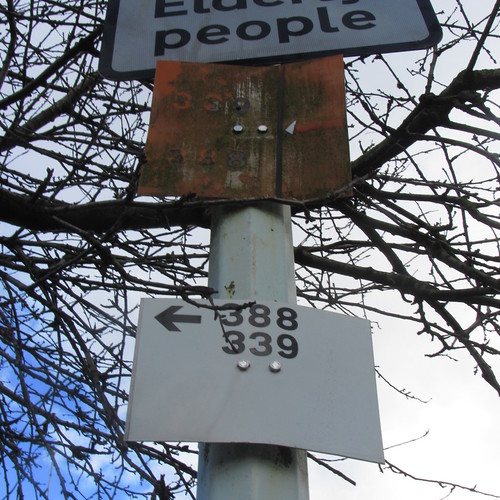 Early 1980s GMT orange plaque and a 1986 vintage GM Buses era one, nearest to The Forester public house and the Co-op. 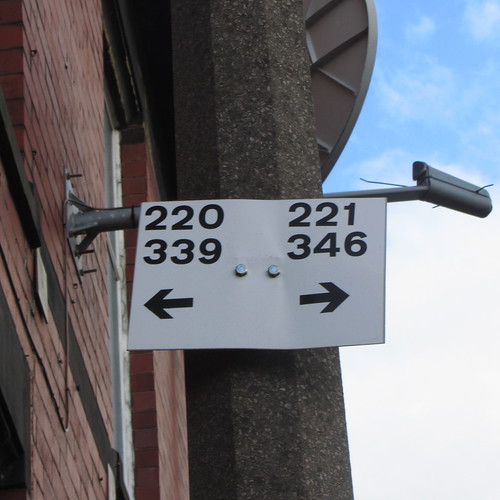 Close to Billy Hill’s and close to M.C.’s barbers. The fact it dates from the GM Buses era is probably a dead cert. 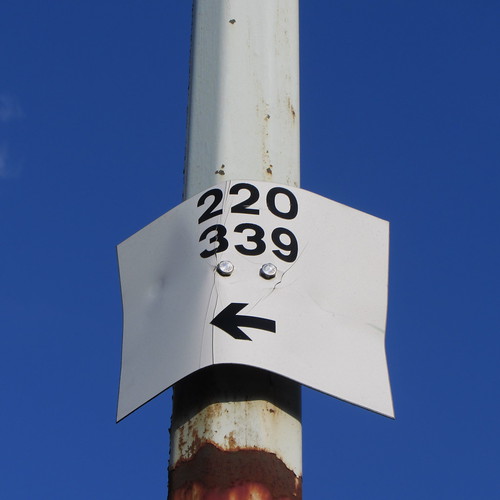 Situated outside Andrew Grove bungalows. Only one 220 goes towards Birch Lane nowadays: it’s the only one left! 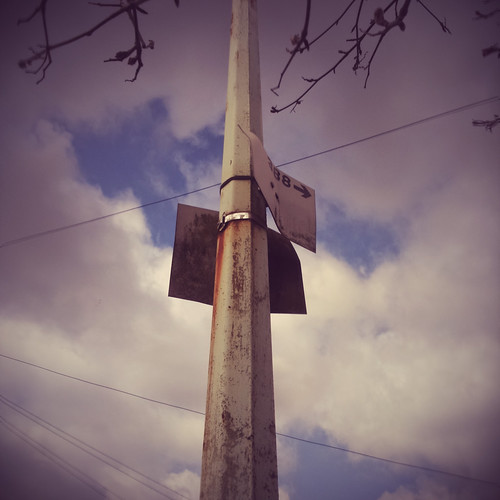 Appropriately for our 41st image, one along today’s 41 service. This was used to direct the 388 service towards Hyde and Gee Cross. 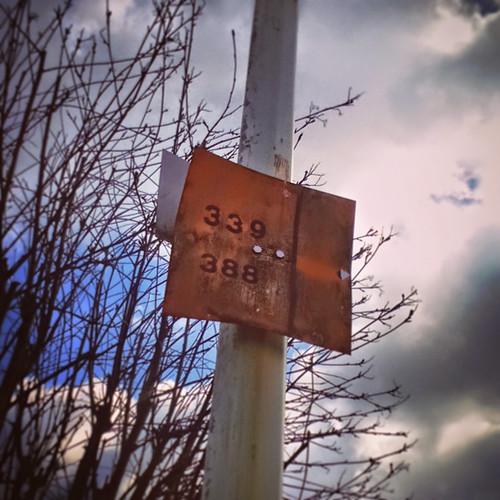 The second mobile image, this time a second generation orange plaque with expanded text kerning for the numbers. Also evidence of fading where the rightward arrow was placed.

This one and the previous image was photographed with my mobile phone. What was more difficult was trying to take the pictures whilst having my Jack Russell Terrier in tow. No easy feat; keeping an eye on the dog whilst trying not to blur your shot!

The third part of our Bus Plaque Attack covers to a greater extent Mossley and surrounding area. Which, as we had found was a happy hunting ground for the first generation orange plaques.