A Down Our Streets serialised photo special

If you’ve travelled around the Tameside, Oldham and Saddleworth areas by bus, you may have noticed these objects attached to lamp posts along the way:

In an orange or white background, a number of direction signs were placed at key junctions along Greater Manchester Transport’s bus routes. The bulk of which in the Tameside and Saddleworth areas which started appearing in 1977-78.

The reason was instructional. After the Ashton and Stalybridge depots on Mossley Road and Tame Street were replaced by Tameside Garage (off Whitelands), some of the Ashton drivers needed to know the former SHMD routes, or vice versa. As seen with this example, stencilled numbers and two directional arrows.

From 1977 to 1985 they were square with an orange background. After 1981 or thereabouts they eschewed the hand-painted stencil text for the numbers in favour of Helvetica Bold. By 1985, standard directional arrows transferred onto the plaque replaced the more ornate examples (as seen above).

In 1985, white rectangular plaques became the new norm. The text, set in Helvetica Bold, and the standardised arrows. As deregulation undermined the purpose of the plaques (constant route changes), their use was diminished by the end of the 1980s.

By November 1991, when Tameside Garage closed, they fell in to disuse. Almost 25 years after the closure of GM Buses’ depot off Whitelands, a sizeable number remain intact.

Last November, I set myself a challenge to photograph 101 examples of these directional signs. By Spring Bank Holiday, I not only reached my target. I exceeded this by two. Then I found there was more than 101 of these things from Greenside Lane to Hadfield. Plus another one in Oldham which seem to have predated the opening of Tameside Garage.

Before I leave you to browse at these specimens of public transportation based archaeology and ghost signs, this is the first posting of a six part series. Which allows for twenty images per post rather than 101 or more in one full swoop. In each entry, there will be reference to the amount of fieldwork I had undertaken. So, sit back, relax and look in awe or disbelief as to why this fellow posted 101 or more silly little plaques. Enjoy the ride.

This is the first one of the 101 (seen at the top of this entry). A real survivor outliving most of the bus routes. Today’s 221 goes via Boyd’s Walk, once the preserve of the 220. Today’s 344 isn’t a part route version of the 343 via Staley Road. The full-on 343 now traverses Staley Road. The only route to remain unchanged in most part is the 346. 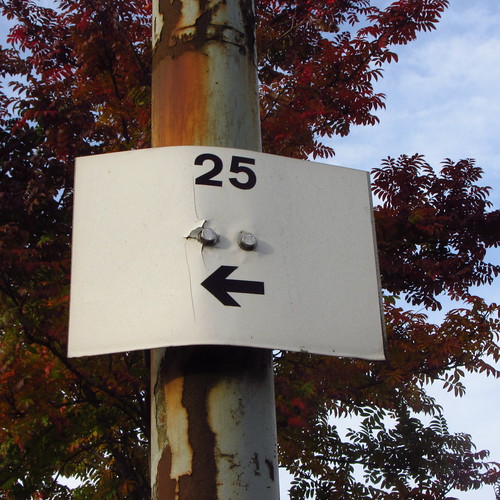 Seen near to Bredbury Industrial Estate, close to Robinsons Brewery’s bottling plant. Part of the 25 route incorporates the 380/381 circular services. At the time I was working in Bredbury. 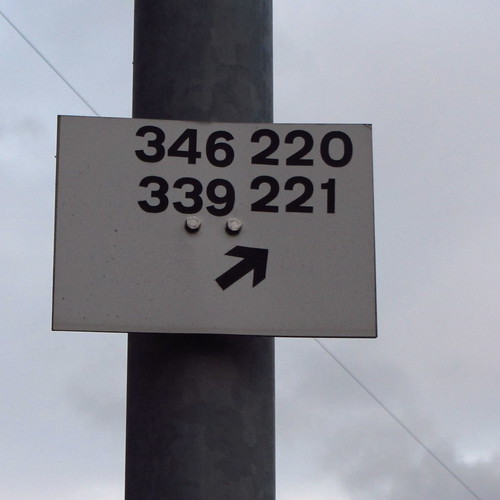 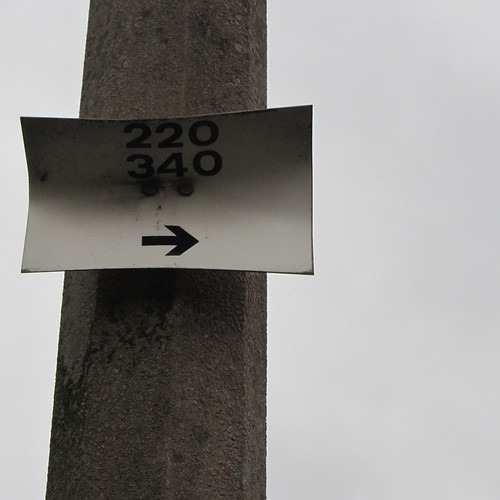 Close to the bus stop for the 41 and 221 services, now its immediate forerunners. 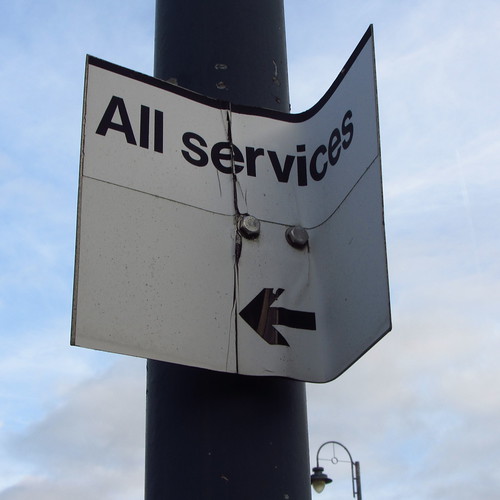 Close to the car park for The Witchwood, this dates from a time when the 219 service used to go via Old Street instead of Katherine Street. 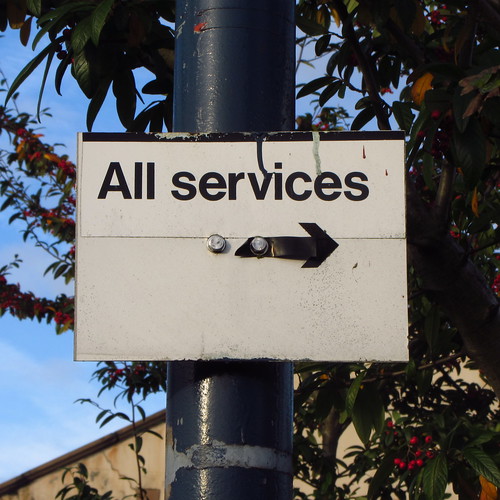 Speaking of Katherine Street, this was installed for most services heading from Dukinfield as well as the 219. 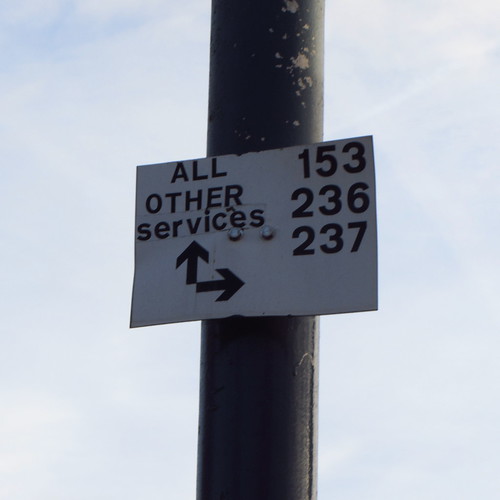 Further proof of the fact that the 219 did traverse Old Street along with the 216. What’s noticeable was that the express 153 and limited stop 236 and 237 service went via Katherine Street. Today, the 236 and 237 terminate at Ashton instead of Piccadilly Gardens or Deansgate station. 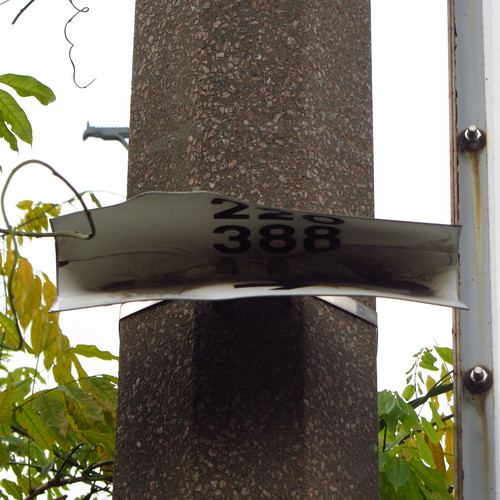 Seen near the site of The Buck Inn. Only of great use to the driver of the solitary 220 service to Stalybridge. If he or she can make out the numbers from the creases. 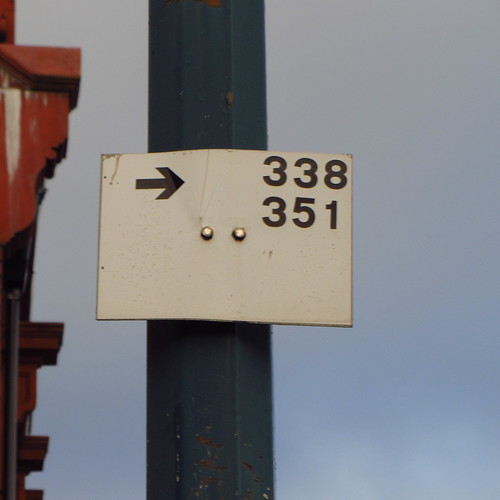 Back in 1986, the 236 and 237 did not traverse Acres Lane with the 338 and 351 services being the only ones that did. Today, most Stalybridge bound buses pass The Organ and Old Hunters’ Tavern public houses. 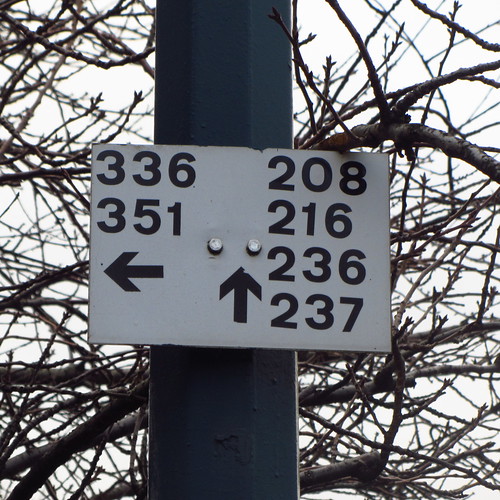 Further proof as discussed in the previous plaque: our 236s and 237s going via Corporation Street and Portland Place. 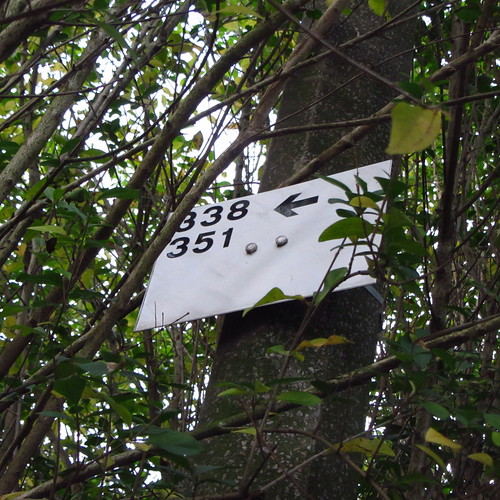 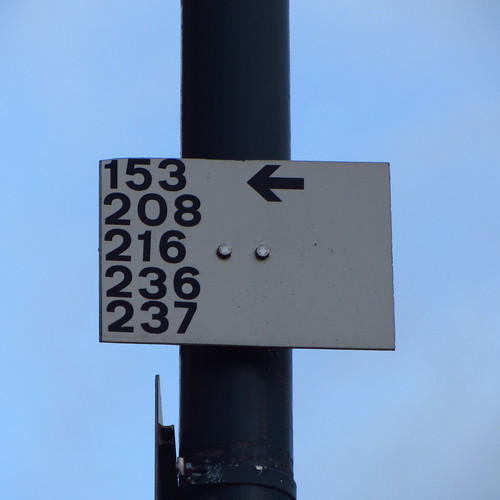 Our little white plaque leading us to Corporation Street. 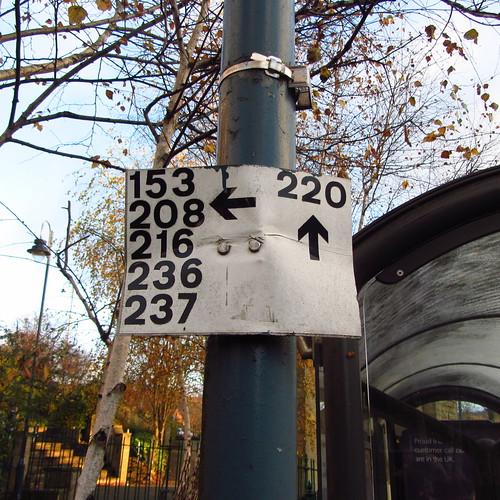 Noticeable by its absence on the plaque is the 343 and 344 routes. Which at the time may have come under Oldham depot.

A number of the Stalybridge plaques were photographed between two meeting I was involved in that Sunday. 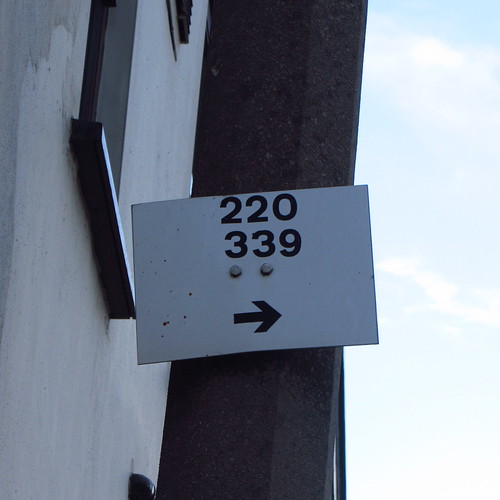 Close to The Albion Hotel, an iconic Dukinfield bus stop. 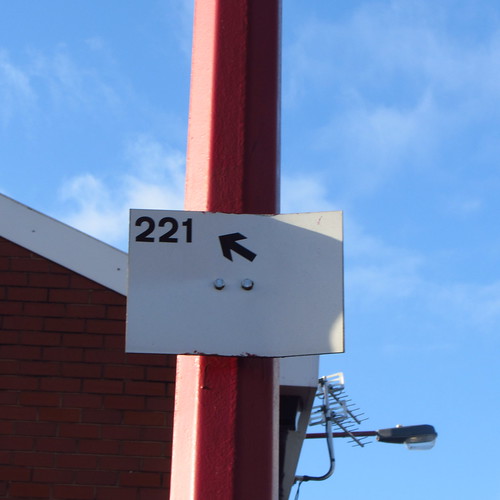 Our first of two plaques close to the War Memorial. 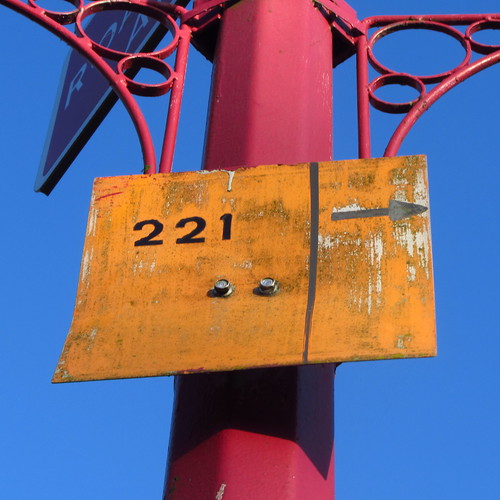 For anyone entering Dukinfield from Manchester, a reassuring sign you were near home. For me, when I used to get the evening 220 service from ‘town’ (God rest its soul!) this had a similar effect on me. 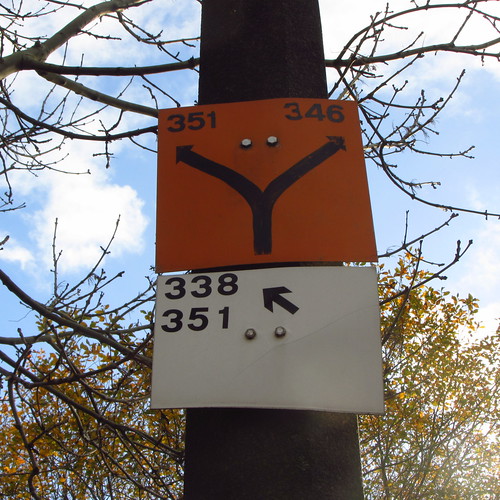 Our first one must have been one of the last generation of orange plaques, given the fading of the transfers. The second example dates from the start of deregulation when the 351 was accompanied by a second route via Park Road. 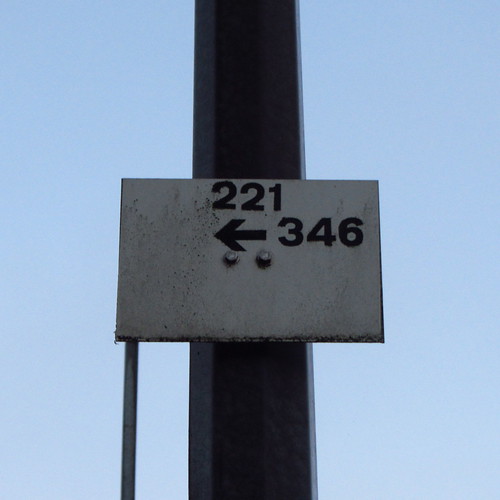 Added at the time when Foundry Street junction was remodelled for the then new Morrisons store, ready for June 1986. 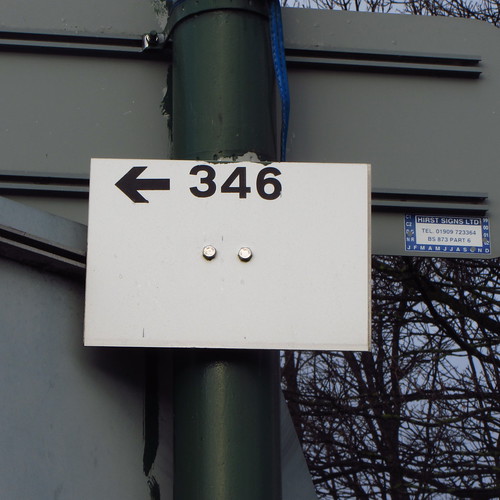 Seen close to the M67 motorway bridge near Morrisons. Hyde’s branch opened as Fine Fare in 1976 before a succession of takeovers led to the Hyde Department Store becoming Morrisons. This was ten years before Dukinfield’s branch opened.

In our next Bus Plaque Attack, we shall see quite a few from Hyde and Dukinfield. Plus, how two of the plaques required a degree of gymnastics involving a dog to get good images.