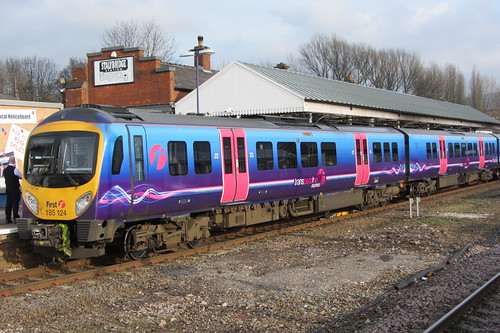 From the 18 May, there will be more Yorkshire bound trains from Stalybridge railway station. The new timetable will not only see the retention of its service to Scarborough and Liverpool Lime Street. Stalybridge will also be an additional stop on the Manchester Piccadilly to Hull Paragon service. Therefore, including the all stations service to Huddersfield, there will be three trains per hour to Huddersfield. Services to Leeds and Manchester Piccadilly will be every half hour.

As a result of this, the all stations service from Stalybridge to Liverpool Lime Street will terminate at Manchester Victoria. Therefore, only two trains per hour and peak hour extras instead of three per hour calling at Ashton-under-Lyne. On the upside, the all stations Huddersfield service will be extended to Wigan Wallgate via the Atherton line, with some journeys extended to Southport. The second Victoria train from Stalybridge will be a shuttle also calling at Ashton-under-Lyne. Some journeys will continue to Blackburn and Wigan Wallgate.

Sunday trains will remain twice hourly with the all stations service from Manchester Victoria to Huddersfield seeing some revision. The present service departs from Huddersfield four minutes after its express counterpart. From the 18 May, fifteen minutes earlier than TPE’s service to Liverpool Lime Street. There will be a four minute gap between Northern’s and TPE’s service at Stalybridge station.

Passengers from Slaithwaite, Marsden, Greenfield and Mossley wishing to use Manchester Piccadilly will be encouraged to change at Stalybridge.

Though the new timetable means losing the all stations train to Liverpool Lime Street, there will be a greater choice of direct services to and from Stalybridge. Wigan will be in easy reach, also allowing another Anglo-Scottish route option by transferring from Wallgate to North Western station. Leigh’s a 582 bus away from Atherton station. Plus, the addition of Hull trains to Stalybridge means greater scope for holidaying in Bridlington, or connections with the Rotterdam ferry. The extra train to Manchester Piccadilly is another boost, one likely to compensate for the loss of the 217/218 bus services.

Happy with a direct link to Hull or the extra train per hour to Manchester Piccadilly? Peeved at the fact you need to change trains to get to Earlestown? Feel free to comment on the new timetable whether positive or negative.